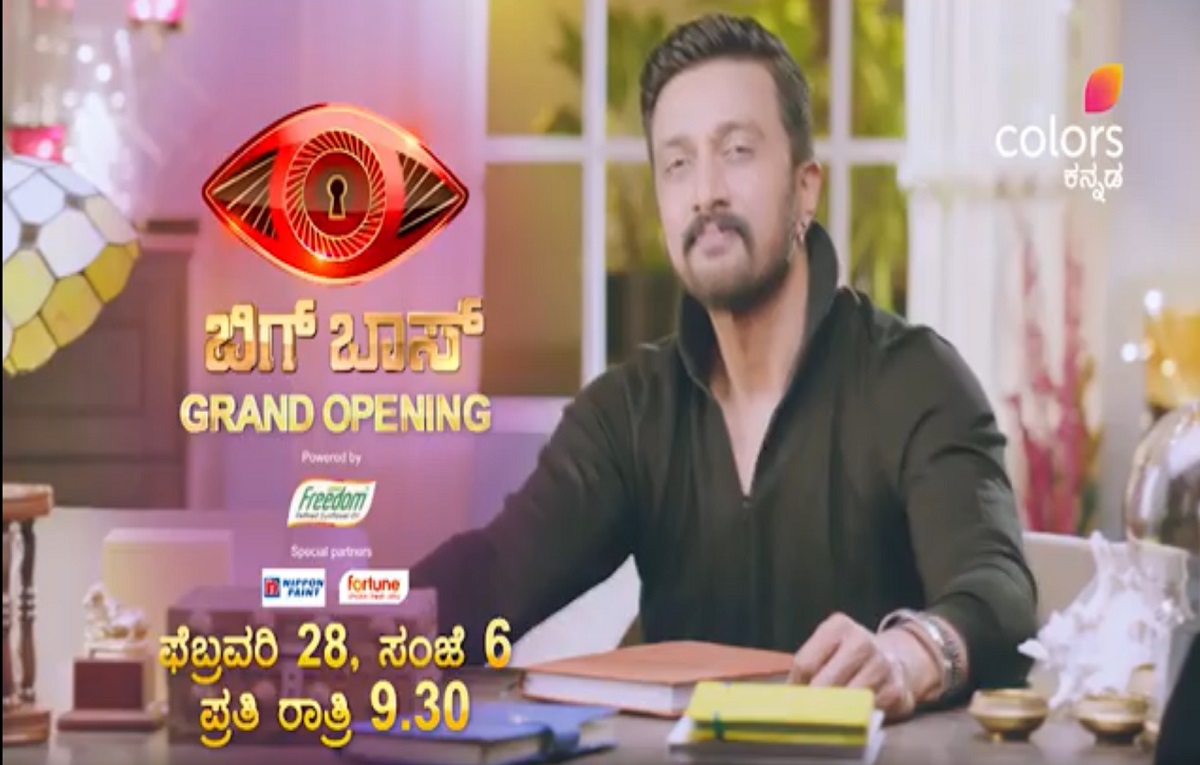 Bigg Boss Kannada Season 8 is all set to release on television screens this February. The start date of the show is out now.

The show will air for all days of the week. The telecasting time of the show is 9:30 PM.

Check out the promo of the show here!

The host for the season is going to be Sudeep. He is a popular Kannada actor who is been hosting the show for all seasons of Bigg Boss Kannada.

The promo of the show is out now. There are going to be a total of 16 contestants. Bigg Boss Kannada Season 8 is going to be a telecast of Colors Kannada.

To enjoy the show on Voot before the television telecast just subscribes to the Voot app.

The house location for the show is going to be in Bangalore. Bigg Boss Kannada is rolling its season 8 after the successful run of the previous 7 seasons.

Bigg Boss is one of the most controversial shows on the Indian television networks. The show airs in various regional languages

A few to name the languages in which show airs is Hindi, Kannada, Malayalam, Telugu, Tamil, and many more.

To enjoy the show on the digital platform download the Voot App on your IOS and Android devices.