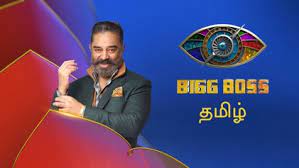 In the promo, we can see that Kamal Haasan has stated the fact that in the house being oneself is one of the most difficult things. The upcoming season of the show is going to have extreme challenges. and it will feature a lot of drama. The entertainment television reality show will also have popular celebrities as contestants.

Kamal Haasan will be presenting this TV show. And he is charging rupees 4 crores for every week.

The TV show will have its grand premiere on the 3rd October at 6:00 p.m. Fans are extremely happy after seeing this promo of the show.