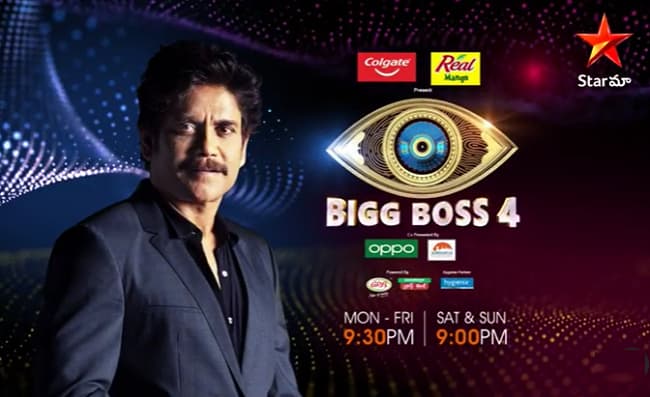 According to exclusive sources from the filmibit, it is expected that the Bigg Boss Telugu season 4 will have new telecast timings from 7th December. The TV show usually broadcast on 9:30 p.m. on weekdays. But from 7th December onwards the TV show is getting a new time slot of 10 p.m. But the official hasn’t made an announcement yet.

Iconic film actor Akkineni Nagarjuna is the Host the 4th season of the show. While popular actress Samantha Akkineni also appeared to host some episodes of the show.

There are also reports that makers of the show and host Akkineni Nagarjuna are not satisfied with the TRP ratings of the show. So TRP ratings might be the reason behind this sudden changing of a time slot.

Bigg Boss Telugu features popular celebrities as a contestant. Currently, Abhijeet, Akhil, Ariyana, Avinash, Harika, Monal, Sohel are competing with each other for the finals. While Harika, Abhijeet, Monal, Avinash and Akhil are nominated for the 13th-week elimination. Only a few days remaining for the finals of e show.

The voting lines of the Bigg Boss Telugu season 4 are opened. So you can give a vote to your favourite contestants.