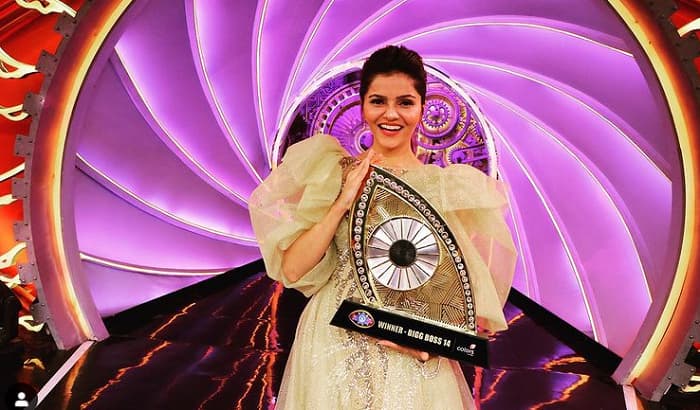 Bigg Boss is a reality show, where contestants from all walks of life are locked in a common house. They compete with each other to win a cash prize by saving themselves from eliminations based on public votes. In this post, we have explained all season Bigg Boss Winner Name and Runner-up List.

Recently, Bigg Boss 13 is one of the longest seasons of this television reality show. Now the grand finale of the season will air on 16 February 2020. So winner will update shortly after the official announcement.

The Bigg Boss Season 1 hosted by Arshad Warsi in Launched Date 3rd November 2006 And Finale Was finished on 26th January 2007. The winner of the season was Rahul Roy and winner Prize was decided for the Season 1 was one Crore.

Rahul Roy is an Indian film actor, producer, and former model known for his works in Bollywood. Roy began his acting career with the 1990 blockbuster Aashiqui.

The Bigg Boss Season 2 hosted By Shilpa Shetty. The Launched date of the season was 17th August 2008 and its finale completed on 22nd November 2008. The winner of the season was Ashutosh Kaushik and The Winner Prize was decided for winner one Crore.

Ashutosh Kaushik is a model, Actor, and winner of MTV Hero Honda Roadies 5 in 2007. He was also seen in MTV Roadies 8 and in the 6th season of Bigg Boss.

The Bigg Boss Season 3 Winner was Vindu Dara Sing and the show hosted by Bollywood actor Big B Amitabh Bachan. The show was Launched on 4th October 2009 and Its grand finale was held on 26th December 2009. The Winner Prize decided for the season 3 was one Crore.

Vindu Dara Singh is an Indian film and television actor. Since he is a nephew to Randhawa, has been famous as an actor.

Sweta Tiwari is the winner of the Bigg Boss Season 4. The show season was hosted by Very Handsome Star Of Bollywood Salman Khan. The Show was Launched on 3rd October 2010 and its Grand Finale completes on 8 January 2011. The was got 1 Crore Rs. from the Bigg Boss season 4.

Shweta Tiwari is an Indian film and television actress. She has appeared in Kasautii Zindagii Kay. In 2011. Sweta Tiwari was married to actor Raja Chaudhary.

Juhi Parmar is an Indian TV personality and an anchor, actress, television presenter, singer and dancer and She has best known for her role as Kumkum in Kumkum.

The Bigg Boss Season 6 winner was Urvashi Dholakia and the show hosted by Very Handsome Star Of Bollywood Salman Khan. The Show Launched date is 7th October 2012 and its Grand Finale organized on 12th January 2013. The Winning Prize of the season was 50 lacks Rs.

Urvashi Dholakia is an Indian television actress. She has best known for her role as Komolika Basu in Kasautii Zindagii Kay. Dholakia made her acting career debut at the age of six with TV commercial of Lux soap with actress Revathi.

Gauahar Khan is the winner of the Bigg Boss Season 7. The show was hosted by Star Of Bollywood Salman Khan. Also, know as Bollywood Dabangg. The Show started on 15th September 2013 and finished was 28th December 2013. The winner prize decided for the Season was 50 lacks Rs.

Gauhar Khan is an Indian model and actress. After pursuing modeling, she made her acting debut in 2009 with Yash Raj Films’ Rocket Singh: Salesman of the Year.

The Bigg Boss Season 8 hosted by Very Handsome Star of the Bollywood Mr. Salman Khan. The Show had been launched in 2017 on 21 September and its finale was held on 3rd January 2015. The winner of the season was Gautam Gulati and He won 50 lacks rs from this show.

Gautam Gulati is an Indian film and TV actor known for his role in Diya Aur Baati Hum.  He appeared in Rakesh Mehta’s short film “Darpok”, which was screened at the 67th annual Cannes Film Festival.

Prince Narula is the winner of the Bigg Boss Season 9. The season was also hosted by Bollywood Bhai Salman Khan. The show was started on 11 October 2015 and it was completed on 23rd January 2016. The winning prize of the season was 50 lacks rs.

Prince Narula is an Indian model and television personality. He started his career with participation in PTC Mr.Punjab 2014, where he finished as second runner-up. Continue with her career as the youth, he participated in the twelfth edition of MTV Roadies Stunt show and in January 2015 and won the series. He is also the winner of a Splitsvilla

Manveer Gurjar was born in Noida, India. He has got a pretty dominant nature and knows how to get his work done by hook or by crook.

Shilpa Shinde is the winner of the Bigg Boss Season 1, She has won the BB11 Trophy and 44 Lakh Prize Money.

is an Indian actress who works in television. She was very popular in Bhabhi Ji Ghar Par Hai on AND TV. Shinde is best known for playing Angoori Bhabhi.

After the 11th successful season, the popular show Bigg Boss Season 12 rand finale held on 30th December 2018. Dipika Kakkar is the winner of the season.

Sidharth Shukla is announced the winner of the Bigg Boss Season 13 Hindi. While Asim Riaz is the runner-up of the show. Sidharth is won a trophy and received a cash prize of Rs 40 lakh.

After season 13, the maker of the show and Colors TV started their new season 3 in 2020.

The Bigg Boss Hindia Season 14 was started on 3 October 2020 while the grand finale going to held on 21st February. Here is some finalist of the show, take a look.

Rubina Dilaik wins the Bigg Boss Season 14 title while Singer Rahul Vaidya was the first runner-up of the show.

Rubina won ₹ 36 lakh prize money along with Bigg Boss 14 trophy. Aly Goni and Rakhi Sawant were out from the Finale race.

India’s most popular show recently completed their season 14. Now Once again back with, not only that but also the show is back with a good news for commoners.

This time in the Bigg Boss Season 15, Commoners can also participate. So if you want to part of the Bigg Boss 15 house then send your video here.