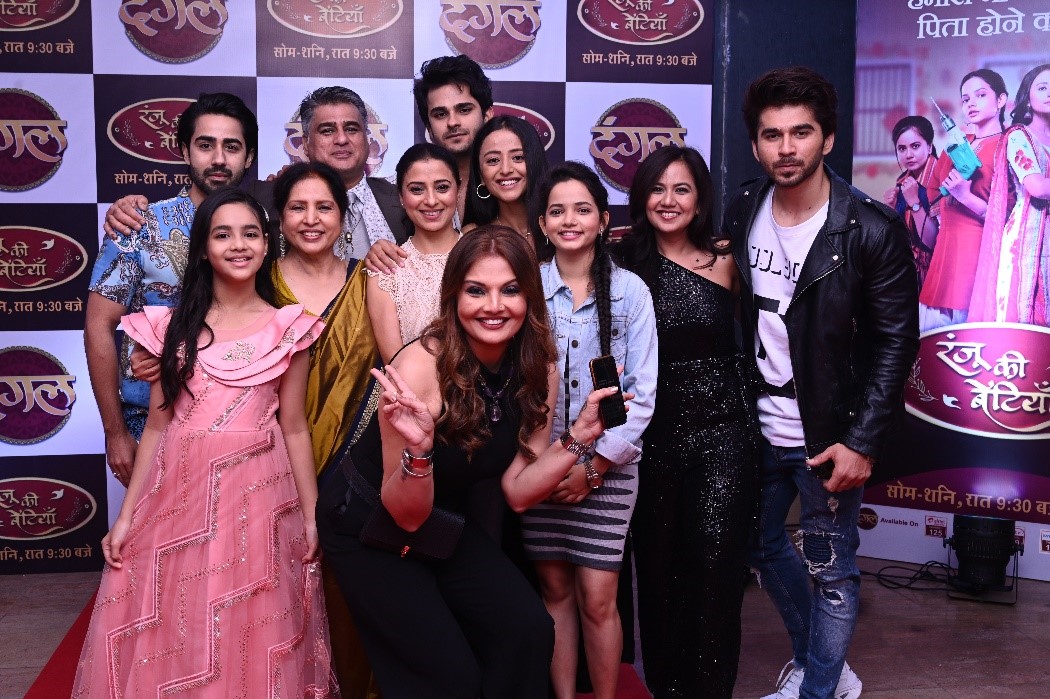 Manish Singhal (M.D, Enterr10 Network) and Rashmi Sharma (Producer) with the full cast of the show

Ranju Ki Betiyaan is a heart touching story of a single mother Ranju and her struggles of raising 4 daughters in a patriarchal society. It delves into the various societal issues faced by single mothers, and will witness Ranju empowering herself to raise her four daughters single-handedly to help them achieve their dreams. Catch Ranju Ki Betiyaan from Monday to Saturday at 9.30pm only on Dangal TV.