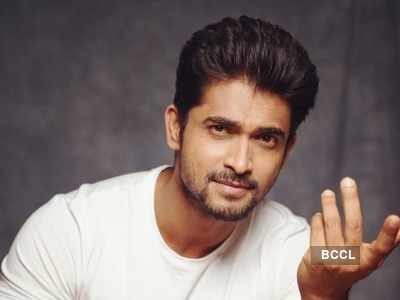 Pavitra Rishta is one of the popular television shows on the Indian television network. The TV show has also recently released its second season. and it received a huge amount of positive responses from fans. The TV show has huge fans all across India. so makers of the show are coming up with the Telugu version of the show.

The Telugu version of the show is titled as Shrimati Srinivasan. Chandan Kumar will play the role of Shrinivas, who works as a mechanic in the garage. The story of the show revolves around him and the girl. Srinivasan a Mechanic, but his family members project him as Mechanical Engineer. to ensure that he gets married to a good-looking girl. When the girl and her family find that out, it creates huge chaos. Viewers will witness how their relationship will develop.

on the work front, Chandan Kumar was seen in tur Prema Baraha, Lakshmi Barama, Manali Manasagide and many more. The TV show will hit TV screens in a few days. more updates about it will be available on the page very soon.

The online broadcast of the show will be available at anytime and anywhere. You can catch the online telecast on Zee5’s official website and App. You can download the Zee5’s App on the Google Play Store and App Store.

Stay tuned with us to get the latest updates from new TV shows. Also, don’t forget to check out audition update upcoming television reality shows.