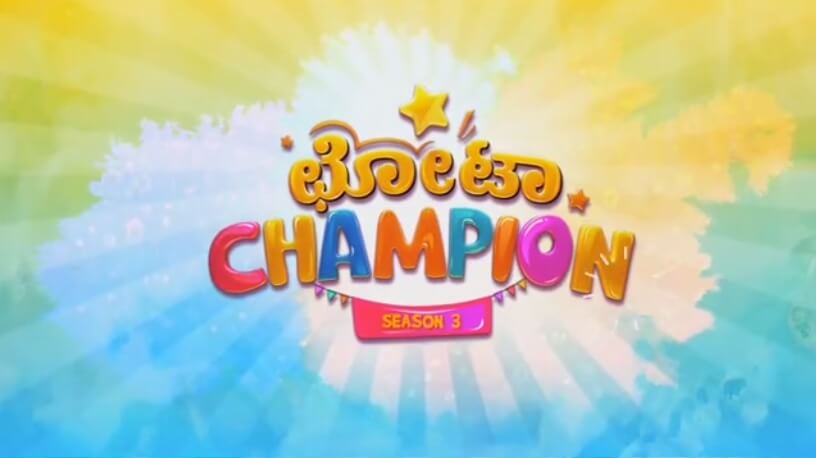 Here are complete details about registration and auditions of the Chota Champion season 3rd. The promo of the show is already launched and television love with her loving it.

The auditions of the show will be open only for kids of age between 3 to 5 year old. You can send the audition videos or performance video of your kid via WhatsApp on mobile no. 7829396111. While you can also mail your videos on [email protected].

If your application form gets shortlisted, official Team of the Zee Kannada’s Chota Champion will contact you for next round.

The ground auditions of the show will take place in big cities of the Karnataka. So Proper venues, date and time of the Zee Kannada’s Chota Champion season 3 will be available on the page shortly. For more details, you can also visit the official website of the channel or show.

Zee Kannada’s Chotta Champion will hit televsion screens very soon. It is one of the biggest platform to showcase talent. The game televsion reality show is definitely fun to watch.

More updates related to the Zee Kannada’s Chhota Champion will update on the page. So stay tuned here for complete details.