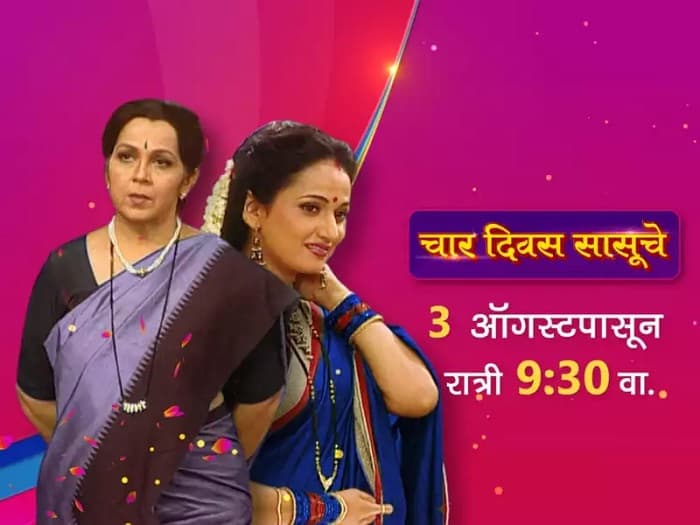 Colors Marathi is one of the top TV channels of Maharashtra. The TV channel has broadcasted many hit TV shows till this date. Now it is all set to broadcast their one of the iconic and longest-running show back screen. Check the Char Divas Sasuche schedule.

Colors Marathi will be re telecasting their hit TV show ‘Chaar Divas Saasuche’. The tv show will be on screens in a few days. So check out the complete details about it below. Also, find out the broadcasting schedule of this popular tv show.

The plot of the Char Divas Sasuche revolves around Ashalata and Anuradha the pillars of the Deshmukh family.

It is the Saga of Human Relationship around the Deshmukh family -tales of love-hate, Loss and victories, good and evil, Strength and Perseverance.

The TV show feature Rohini Hattangadi, Kavita Lad, Priya Marathe, Anand Kale, Mansi Naik, Prasad Oak and many talented television actors are part of this show. watching this TV show back on screens is going to be delightful for the Marathi televsion lovers.

Stay tuned to get the latest updates from new TV shows. Also, don’t forget to check out audition updates of the upcoming television reality show.