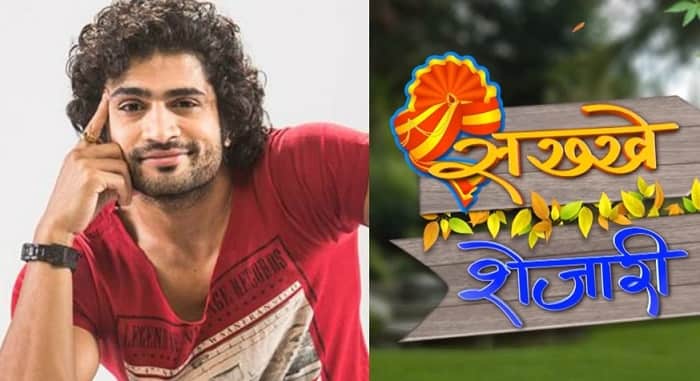 One of the popular television actors Chinmay Udgirkar is all set to host brand new TV shows very soon. He will be seen as a host of the reality show titled ‘Sakkhe Shejari’. Find out the complete details below. Also out the exclusive promo of this TV show. Check Colors Marathi Sakkhe Shejari Host: Popular Fame host the Show.

Chinmay Udgirkar is a prominent television actor. while he has also acted in various Marathi movies. He was seen in new Marathi movie makeup which featured Sairat Fame Rinku Rajguru.

The television actor has been part of one of the hit TV shows on Marathi television networks. He was last seen in Colors Marathi’s hit TV show Ghadge and Suun. While he was also playing a lead role in Zee Marathi ‘Nanda Saukhya Bhare.

Chinmay has also participated in reality TV shows like Maharashtracha superstar. While he debuted from the Star Pravah’s TV show Swapnanchya Palikadle.

Chinmay Udgirkar is all set to return on TV screens with this new TV show. He has also hosted Star Pravah’s Maharashtracha Dancing Superstar Chhote Master. But this time he will be presenting a very unique TV show. The format and the concept of the TV show is very fascinating and entertaining.

‘Sakkhe Shejari’ will broadcast on Colors Marathi. The channel has revealed the short teaser. Fans are already excited to watch this TV show

In ‘Sakkhe Shejari’, The Neighbours will participate and share some of their sweet-sour memories. While the participants in the show will also have to play various games and tasks. The winner will get exciting prizes.

For Colors Marathi ‘Sakkhe Shejari’ Chinmay Udgirkar will travel from one city to another to meet families from all over Maharashtra.

The TV show will be on air very soon. More details related to the starting date and broadcasting schedule of the Colors Marathi ‘Sakkhe Shejari’ will be available on the page shortly.