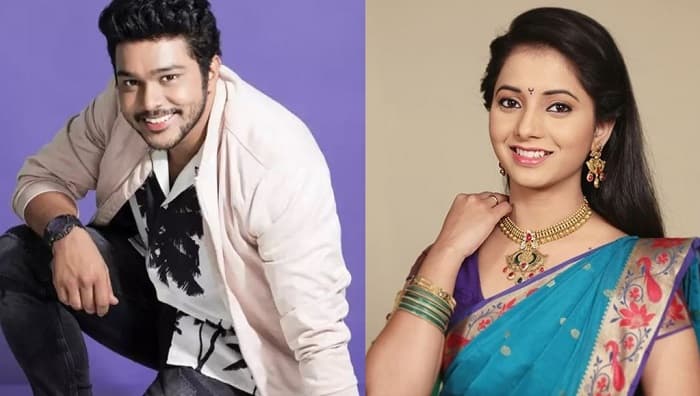 One of the popular Marathi television actors Sayali Sanjeev and Suyash Tilak is all set to come back on screens with the new TV show. This new TV show will be launched on Colors Marathi. And it will have a very interesting storyline. The promo of the Exclusive TV show is out. Also, fans are extremely excited to see their favorite back on screens with some new characters. So check out Colors Marathi Shubh Mangal online Cast name below.

Suyash Tilak and Sayali Sanjeev have won the hearts of millions of television lovers from acting in various TV shows.

Sayali Sanjeev is well known for her role in Zee Marathi tv show ‘Kahe Diya Pardes’. She portrayed the role of Gauri and became a household name in Maharashtra. The actress will be back on screens after a gap of years.

Suyash Tilak is also a big name in the Marathi television industry. He has been part of many hit TV shows and movies. He acted in movies like Coffee Ani Barach Kahi, Classmate, The Watch Clinic. While he was part of hit Marathi TV show Ka Re Durava.

Sayali Sanjeev and Suyash Tilak will definitely make up a very unique pair. They will be part of this new TV show titled as Shubh Mangal online. The promo of the show seems very interesting.

The story of the show will revolve around two individuals, who develop their relationship virtually. This TV show will also have other popular television actors in a pivotal role. This new tv show will launch on screens very soon. So the official starting date of the show will be available on the page very soon