Colors Tamil to come up with the new show ‘Valli Thirumanam’ 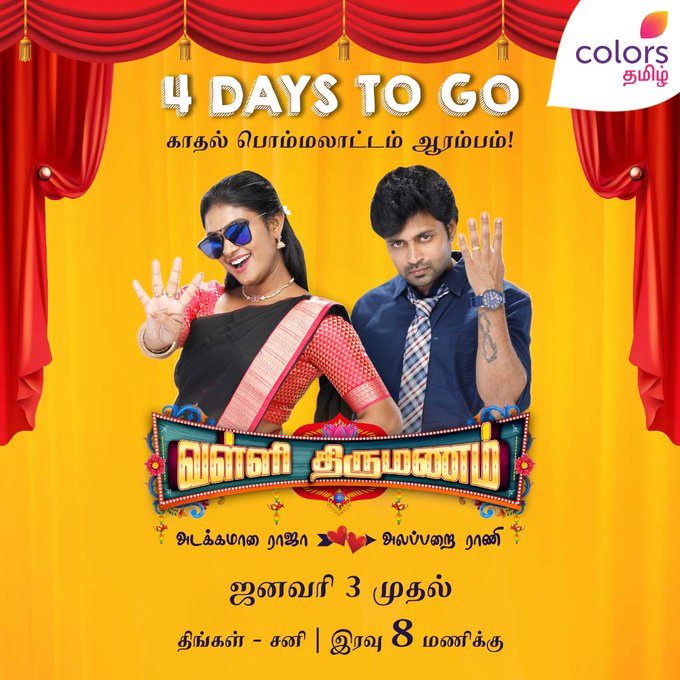 Colors Tamil is all set to come up with a brand new TV show very soon. The upcoming TV show on the channel is titled as Valli Thirumanam. The promo of the show is out. It is going to feature one of the talented actors in the pivotal role. Check out complete details about it below.

Colors Tamil To Come Up With The New Show ‘Valli Thirumanam’

Valli Thirumanam will feature a very entertaining love story with a very interesting twist. it will be on screens from the 3rd January 2021.

Nakshatra will make her come back on TV screens with the new TV show. She was last seen in Yaradi Nee Mohini. The complete details about the cast members of the show will update on the page very soon.

Stay tuned with us to get the latest updates from new TV shows. Also, don’t forget to check out the audition updates on upcoming television reality shows