colors to come up with the new show soon! 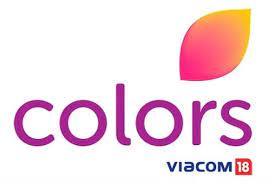 Colors is all set to come up with a brand new TV show very soon. The upcoming TV show on the channel is title as Parineeti. The promo of the show has got a huge amount of attention from viewers. check out complete details about it below.

Colors To Come Up With The New Show Soon!

Ekta Kapoor has been the creative force behind so many of the hit shows, and she’s back with the sixth season of Naagin, as well as a strong schedule for the rest of the year. Ekta Kapoor’s new show Parineeti, which was originally titled Prem Bandini, is about to premiere.

According to exclusive sources, Altamash Faraz and Amit Kapoor will be joining the cast of the show. While Anchal Shah, who is going to play the lead role in the show. Aanchal Sahu and Tanvi Dogra will be seen as the best friend. both will be seen in the key role . While Ankur Verma will be seen as male lead.

Khushi Bhardwaj and Sia Bhatia are also part of this TV show. Altamash Faraz is going to play a key role in the show.

More details about the starting date broadcasting schedule and full cast members of the show will be available on the page here.

Stick around with us to get latest updates from new TV shows. Also don’t forget to check out the audition updates of upcoming television reality shows.