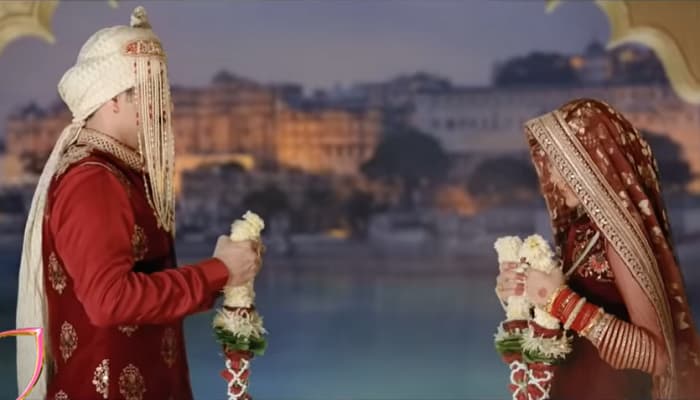 Molkki is the new and upcoming show on the Indian television network. The show going to be a telecast on Colors TV. Colors TV Molkki Serial Cast Name in Detail.

Molkki has a beautiful story about the relationship between Thakur and a poor girl. They two get married to each other for fulfilling the responsibilities.

The girl is poor but she is very beautiful, intelligent and moreover humble by nature.

And the Thakur Virendra Pratap Singh is arrogant and rich by nature.

Priyal Mahajan is from New Delhi, India. The actress was earlier a Tik Tok fame. However, she gained her popularity through her break from the television show Kasautii Zindagii Kay.

Priyal will be playing the lead role of Purvi in the show Molkki. This will be her first daily soap as a lead actress.

Amar Upadhyay is a popular Indian actor. He has been working in the industry for a really long time. Amar will be playing the role of the male lead in the show Molkki.

He is very popular for his role in the show Kyunki Saas Bhi Kabhi Bahu Thi as Mihir Virani. It was one of the longest running shows on the television.

Later, he even took part in the show Bigg Boss in the year 2011.

Supriya Shukla is an Indian actress. She is very popular for her work in the industry. The actress is currently working in the popular show Kundali Bhagya as Sarla Arora.

Her role in the show Molkki is not yet out. Supriya Shukla has been a part of the shows like Kumkum Bhagya, Tere Liye, Naagin 4, and many more.

A few to name films she has been a part of are Parineeta, Salaam-e-Ishq: A Tribute To Love, Lage Raho Munna Bhai, 3 Idiots, Shubh Magal Savdhan, and many more.

Abhhay Bhaargava is an Indian actor popular for his role in television shows and films.

He has been a part of one of the longest running shows on television Yeh Hai Mohabbatein, Kitni Mohabbat Hai, Parichay: Nayi Zindagi Ke Sapno Ka, and many more.

Akanksha Shukla is going to be a part of the show Molkki. Her role in the show is yet to be out.

However, there are also other cast members who will be joining the cast of the show in other roles.