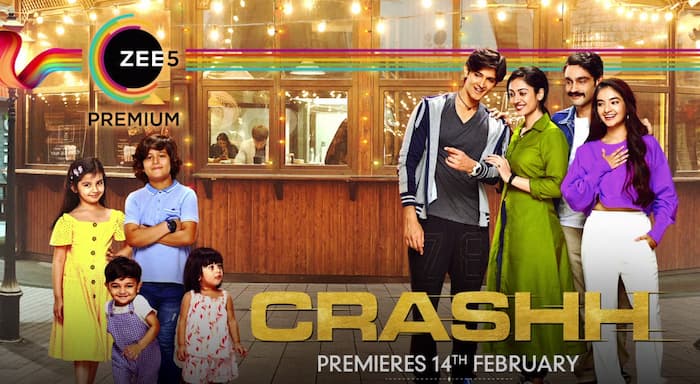 Zee5 is one of the popular OTT Platforms right now. The platform has released many hit original shows and movies like Bichho Ka Khel, Jeet Ki Zid, Mum Bhai, Kaagaz, Black widow and the list goes on. Now, Zee5 is all set to come up with the brand new web series titled as Crashh. The show will have a very interesting story line. While the exclusive promo of the show is also out. So check out complete details about the Crashh Zee5 Cast, Release Date, Promo, Story, Where to Watch Online?

Crashh will have a very interesting storyline. The show will revolve around the relationship between four siblings. it will showcase the love and emotion between the four siblings, who falls after a crash. but they meet again. The siblings bond between these siblings will be heartwarming to watch. Crashh will be produced by Ekta Kapoor.

Zee5’s Crashh will feature one of the popular actors in the lead role. The show will have Anushka Sen, Kunj Anand, Aditi Sharma, Rohan Mehra, Zain Imam in a pivotal role. The names of the full cast members of the show will update on the page very soon.

Crashh Zee5 will release on 14th Feb 2021. to watch this show you will need to sign up for the premium subscription of Zee5 or ALT Balaji. You can check out the Zee5’s official website or download Zee5 app from the Google Play Store to check out the full information about the plans.

Stay tuned with us to get the latest updates of new tv shows. Also, don’t forget to check out the audition updates of an upcoming television reality show.