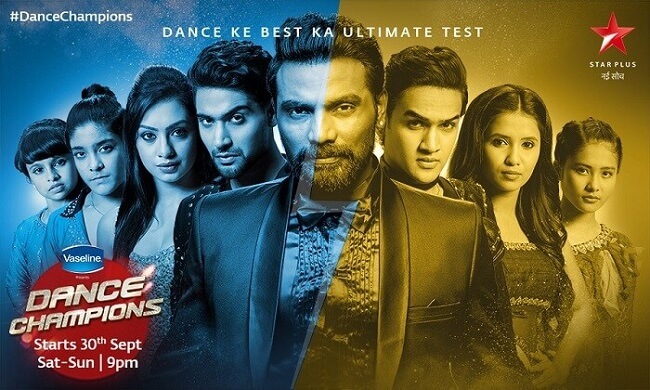 Dance Champion is the Reality show stated On 30th September on channel star plus.The show is Sponsor By Oppo and Hyundai and created by choreographer and director Remo Dsouza. and it is hosted by Raghav Juyal. Recently Dance plus 3 got off aired. which was also created by Remo Dsouza and hosted by Raghav Juyal.  Bir Radha sherpa declared the winner of the show. Dance Plus 3 got an excellent response from the viewer. Show Had talented contestants. But Dance Champion show is exceptional From all other dance reality show.

There will be groups of dancers on the basis winners and runner-up of the reality dancing shows like Dance India Dance,  Jhalak Dikh La Jaa, Dance Plus and the other. which we are well known of.  Dance Champion only have famous Dancer as participants. Every week there will be competition between these two groups. where they have to challenge each other with the different generations of dance. They may have some other new fresh talent on the show on the basis of the audition.

Salman Yusuff Khan, Faisal Khan, V Company, Sanam Johar and Abigail Pande, Shyam Yadav, Hardik, Question Mark Crew and Tanay Malhara and some of will be selected by the remo de suza. The show will be judgr by puneet who is coreoghrapher and the the super judge will be remo d suza. some of report said that this show may get repalced by nach baliye, which is also dance reality show. so the judges of the nach baliye show will joined dance champions  and they are none other than the jacquline fernandis and shahid kapoor. The show has created a lot of buzz since telecast.

According to sources, these Dance champion reality Show will be bigger than ever show in the television industry. the show has extraordinary performer and some some exclusive entertainment as it iis hosted by the raghav. The Dance champion will have their next epesode on saturday and sunday at  9:00 pm only on star plus.