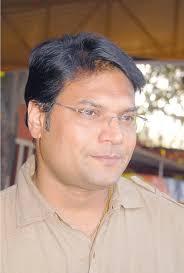 Dayanand Shetty who is popularly known for his character Daya is all set to make comeback on tv screens. He will be hosting the upcoming episodes of the Savdhan India FIR. Check out complete details here.

Savdhan India is one of the popular crime drama on Indian television Network. The tv show is also one of the longest-running tv show on an Indian television network. It features dramatized versions of the real-life crimes in India and the story of the struggle of the victims to get justice for their sufferings.

The previous edition of the show broadcasted on Life Ok. but now the tv show broadcasts on Star Bharat. many popular stars were on the board to host the various editions of the show. Shreyas Talpade, Mohit Malik, Divya Dutta, Hiten Tejwani, Shivani Tomar and many more have hosted this tv show. Sushant Singh was the host of the last episodes of the show.

now Dayanand Shetty will be hosting this tv show. he became a household name during his stint in the CID. He played the role of Daya. While he has been part of movies like Singham Returns, Runway, Diljale and many more. after CID, Dayanand took a break from the televsion and now after so long viewers will see him in a new show.

In an exclusive interview with Times Of India, he opened up on joining Savdhan India. he said, “Yes, I am back and this is for the first time I am going to host a tv show. I have not done any preparation as of now and I will do all the rehearsals and practise once I start shooting. Also, this is something similar to what I have done in my past. So, I don’t think there will be any problems.”

The online broadcast of the Savdhan India is available on Hostar’s official website and app. You can download Hotstar app from the google play store and app store.