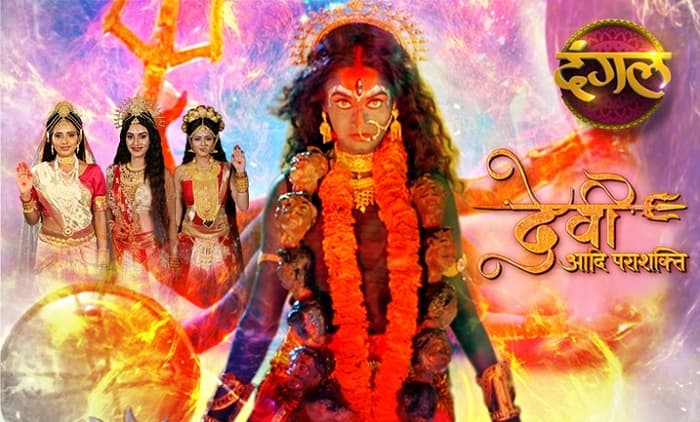 Mumbai, 11 November, 2020: Daksh attacks Veerbhadra but he begins to choke Daksh. With great difficulty Daksh calls Vishnu to protect him. Vishnu asks sheshnaag to tie Veerbhadra in his Naagpash.

Mahadev and Bhadrakali’s tandav is interrupted. Mahadev pledges to kill Daksh but devi stops him. Daksh apologizes to Bhadrakali and she reminds him that no mercy will be shown towards him because he has missed all his chances and his end is near. Veerbhadra cuts Daksh’s head.

Later, Mahadev recalls his marriage with Sati and goes to Kailash. Vishnu breaks down remembering Sati as she tied a rakhi to him. Tarakasur enters and walks on burning pyre flames and Diti asks him his pupose. Tarakasur replies that he is immortal now.

Diti is stressed and tells him that if Mahadev has chosen to do reflection at that point Devi must’ve arranged something and will return in a diverse avatar.

Vishnu, Lakshmi, Brahma, Saraswati, and Narad prepare for the grand pooja till Devi takes birth again. Diti orders Dudhumbi to follow Bhudevi as she will definitely go to make arrangements for the protection of Shakti Peeths. Parvati’s voice echoes when she says Shiv! The vibrations reach Amarnath cave and touches Mahadev. Dudhumbi’s hands are closing on Shakti Peeth but suddenly he is thrown away with a massive force. He follows the sound and sees Kaal Bhairav landing in front of Shaktipeeth.

The fight between Dudhumbi and Kaal Bhairav begins and Kaal Bhairav proves to be far stronger than Dudhumbi. Parvati’s parent’s thank Rishi Markandeya for letting them stay there. The demons also reach the ashram to attack them but Rishi helps to protect baby Parvati. Parvati asks Rishi Markandeya to tell her about Mahadev. Parvati’s journey leads her to the graveyard where she picks up the damru and starts to dance.

Tune in to Dangal TV’s Devi Adi Parashakti from Monday to Saturday at 9 pm to know more.