Drama Juniors is all set to come up with 4th season 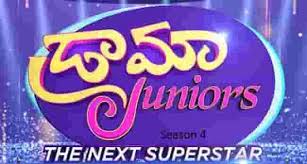 Drama Juniors, one of Kannada television’s most popular kids’ reality shows, is scheduled to return for a new season. The previous seasons of the show were a big hit. and now   Season 4 of Drama Juniors will premiere soon on a popular Kannada general entertainment channel that also broadcasts the Sa Re Ga Ma Pa Championship. The channel that will air the reality show is expected to reveal the premiere date of the show very soon.  Check out complete details about it below.

Drama Juniors is all set to come up with 4th season

After an almost two-year hiatus, Drama Juniors is returning to Kannada television. The kids’ reality show auditions are currently taking place all around the state. The quest for talented children took the crew all around Karnataka.

Drama Juniors is an excellent place for youngsters aged 4 to 14 to showcase their acting abilities. Swathi, the tiny star from the previous season, was crowned the winner. Manju and Dimpana were announced as the runners-up after Swathi.

Master Anand presented the show, and he will do so again for the future season. Drama Juniors season 3 was evaluated by actress Lakshmi, Mukhyamantri Chandru, and Vijay Raghavendra. In the upcoming season, it remains to be known who will join V Ravichandran on the judging panel.

Stck around with us to get the latest updates from new tv shows. Also, don’t forget to check out the audition updates of upcoming television reality shows.