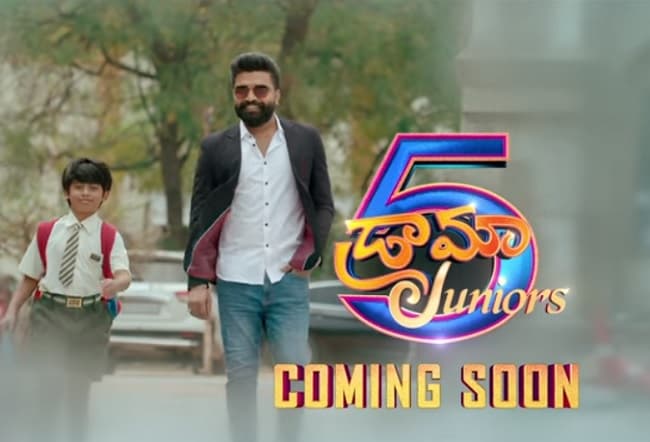 Drama Juniors is all set to come up with the new season very soon. The upcoming season of the show is making a huge buzz. While the Registration and the auditions of the show have started already. Fans were extremely curious that who will be on the board to judge and host this tv show. So, here are some details about the Drama Juniors Season 5 Judges and Host. Also prominent Filmmaker S V Krishna Reddy will make his debut on tv screens.

The exclusive Promo introducing the judges and host of this show is out. The promo of the show is receiving a huge amount of positive response from the fans.

The upcoming season of the show will be giving a huge platform to all talented kids across the state who loves acting. Drama Juniors Season will be even bigger and better. It is one of the best platforms to start a career in the entertainment industry. Contestants in the show will get wide exposure and winners of the show will get an opportunity to work with the biggest names in the industry.

The previous seasons of the show were Judged by the Ali, Ahmkar and Anusaya Bharadwaj.