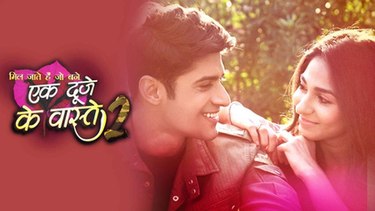 Sony TV’s Ek Duje Ke Vaaste season 2 is going off air very soon. The tv show had a great start and received an intense amount of love from fans. it is quite shocking that the TV show is going off air. So find out when you can watch the last episode of this TV show.

Ek Duje Ke Vaaste season 2 started on 10 February 2020. The tv show got a huge amount of positive response from fans. According to reports it is expected that the TV show will go off air in the month of April. So the last episode of the show will broadcast in the first week of April.

The confirm reason behind the show going off air is not out. So more details related to it will update on the page shortly. But fans are definitely very upset by this news. The TV show will be replaced by one of the upcoming projects of Sony TV.

You can watch the entertaining episode of Ek Duje Ke Vaaste season 2 online at any time and anywhere. Sony Liv’s official website and the app will provide an online broadcast of the show. You can download the Sony liv app from the Google Play Store and app store.

Stay Tuned with us to get the latest updates from new TV shows. Also, don’t forget to check out the addition of the upcoming television reality show.