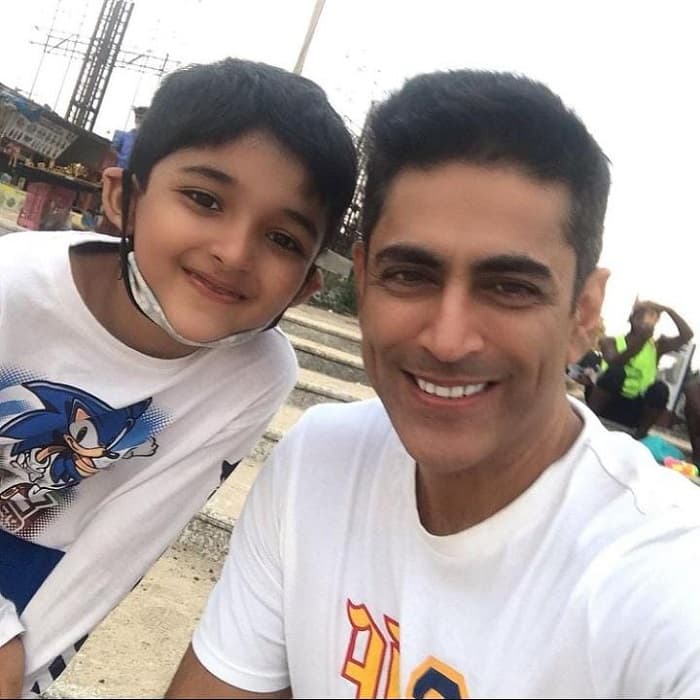 Mumbai, 23rd November, 2020: Every individual has a mentor through who they inculcate their quality to live a meaningful life from. People have some values that they cherish for life and believe it on passing forward so that generations can preserve that quality with them forever.  Tarun Khanna who can be seen as Lord Shiva on Dangal TV’s Devi Adi Parashakti  had something to share to its viewers about one thing that sticks to his life which he learnt from his father and now passes that to his son.

Tarun has always been in good shape. He believed in fitness right from a young age and that is because of his father late Mr Dharamveer Khanna . Further talking about it he shared, “Fitness is very  important  for me  and this pact was made very clear to me by my father. He was the one who taught me all the small nuances of fitness. He used to wake me up at 5:30 every morning during my school days. He made sure that I workout regularly. Even he used to run with me every morning and made me do various exercises. He was the one who inculcated the fitness culture in me.”

Talking about how he made sure to pass on this habit, he shared, “Carrying on with the tradition me and my son Adamya both work-out together. He is only six years old and I have already taught him how to do push-ups, yoga, because mental fitness is also very important. So my son and I do at least three sessions every week where we do yoga and swimming. Running, cycling, doing push-ups is something which he does. And hence working out with him makes me feel as good as it made me feel with my father.”

There is nothing wrong in saying that Tarun followed his father’s footstep and that prepared him really well.

Watch Tarun Khanna in Devi Adi Parashakti only on Dangal TV from Monday to Saturday at 9pm.