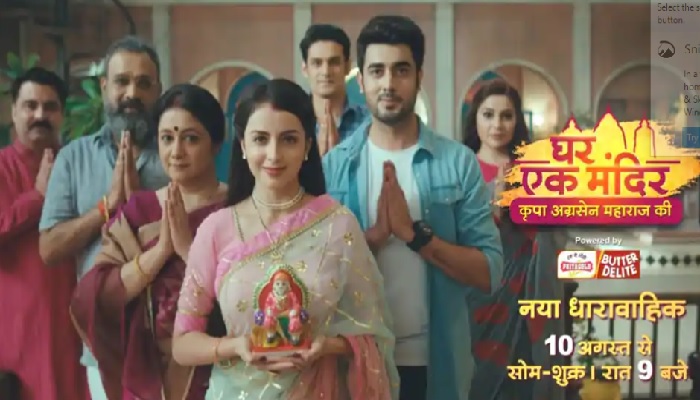 Ghar Ek Mandir is a popular show on Indian television network. The story of the show is coming to an end where the makers are bringing the end of the show soon.

The show has an exclusive star cast of the time where the lead roles of the show are Shrenu Parikh and Akshay Mhatre.

It is a story of Agrasen Maharaja which is coming to an end. The show is going to be a telecasting of &TV.

It is a unique story that rolled out television screens where the it will be about the ethics of Agrasena Maharaj and how Genda follows it.

The story of the show will be ending with a courtroom drama. Genda will be shaking hands with Vedant a Siddhant Sinha’s duplicate and they will be in a fighting the case as Siddhant Sinha is in jail.

The person who will be getting the justice will be Sandhya.

Another actor of the show is Akshay Mishra. He plays the role of Varun Agrawal in the show. He is popular for his role in the shows like Piyaa Albela, Looose Control, Aart, and many more.

Akshay Mhatre speaks about the show with a popular entertainment news portal. He says “Well, it was a lovely journey along with my co-stars! I will miss the family we made here. But feels good to be going back home.. meeting family, friends.. back to Ghar ka khana! Looking forward to the future endeavors and to seeing what’s next for me.”

For more recent updates about the Indian entertainment industry and more auditions details stay tuned with us.!!