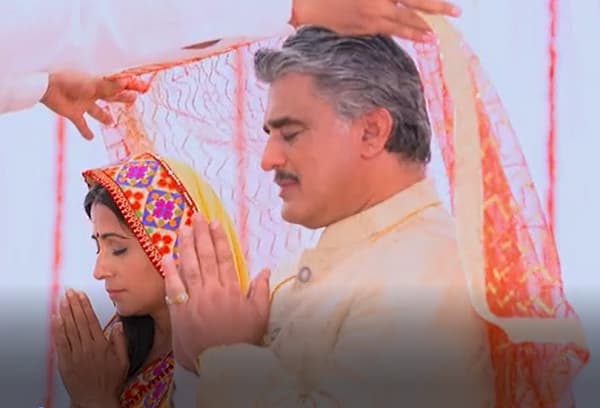 06 May 2021, Mumbai: Dangal TV’s show Ranju Ki Betiyaan has become one of the most loved shows on Indian television with its interesting storyline. The story of a single mother, Ranju who is raising her daughters single-handedly after her husband, Guddu Ji leaves them as he falls in love with Lalita. In the current twist of events, we see that Lalita has taken over Guddu’s property and he has nothing left. The audience will now see Guddu leaving Lalita Niwas and walking with Ranju and his daughters. Ayub Khan, Reena Kapoor and Deepshika Nagpal share their thoughts on Guddu Ji leaving Lalita Niwas and going back to Ranju.

Ayub Khan who is seen playing the character Guddu Ji, share his thoughts saying, “Guddu Mishra transferred his wealth and property onto Lalitha Mishra’s name to reassure her, but gets the shock of his life when things get heated and Lalita asks Guddu to leave the house along with Ranju and her daughters. Guddu in his self-respect walks out of the house, nowhere to go and penniless. This is definitely a major twist in the story and I am excited to know what happens next. I am sure the audience is going to love how the story moves forward as the producers and writers have planned a lot to keep them on the edge of their seats.”

While, on the other hand, Reena Kapoor who is playing Ranju, says, “After years of struggle Ranju has made an identity of her own without the support of a man. But now that Lalitaji has shown him the door, he is coming back to Ranju and family which is not a very welcoming thought. Ranju’s dreams died the day Gudduji left her all alone. Now she is too scared to start dreaming again. Nobody knows if Gudduji will be able to make a place again in her heart and family or will he again leave her hanging.”

Further, Deepshika Nagpal who is playing Lalita, says, “Lalita believed that no matter what happens Guddu Ji would never leave but when the truth comes out and he does leave her, she is shocked to her core and breaks down. She was unable to take it and tells him to leave the house instead. She tells him that ‘aapko bas yeh dikhai deta hai ki maine kya kiya hai par maine yeh sab kyu kiya hai wo nahi.’ She couldn’t take another woman’s presence in her husband’s life and she didn’t want Ranju and her daughters to come into their life. Whatever Lalita did was for her husband and, sadly, he doesn’t recognise it. I really enjoyed shooting this sequence and can’t wait for the audience to see Lalita’s emotional side and if she is able to get back her husband.”