Gulfam Khan Hussain, My character Manorama will remind the audience of 1970s heroines 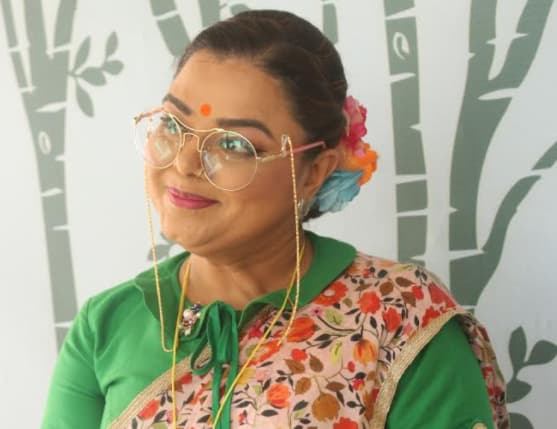 Mumbai, 22nd April 2021: Known for her acting skills as well as her talent in writing and screenplay, Actress Gulfam Khan Hussain is back with a new show. She is presently seen in Dangal TV’s new show Nikki Aur Jadui Bubble’, a magic and fantasy show alongside Himanshoo Malhotra, Lavina Tandon and child actors Maisha Dixit and Tanmay Rishi Shah. She shares that she enjoys stories about fantasy and mystical things and was excited about being part of one.

Talking about her character in the show, Gulfam says, “I am glad I have gotten a chance to play such an interesting and unique character. I believe for actors, each character is different, it depends on the way a character is written and what you make out of it. My role in this show is that of a warden, who is strict, but funny and she always falls flat on her face with her antics. I am sure when the audience sees my look they will be reminded of 1970s heroines with colorful sarees, bangles, flowers and bindis. In the show, I will seem like a negative character but will turn into a source of entertainment for the kids. I like the fact that she tries to be strict but can’t do so maybe because of the children’s innocence or sheer manipulation (laughs).

It seems like Gulfam’s character of a warden has time traveled and is part of another era. We are sure her fans are excited to see her in a new avatar.