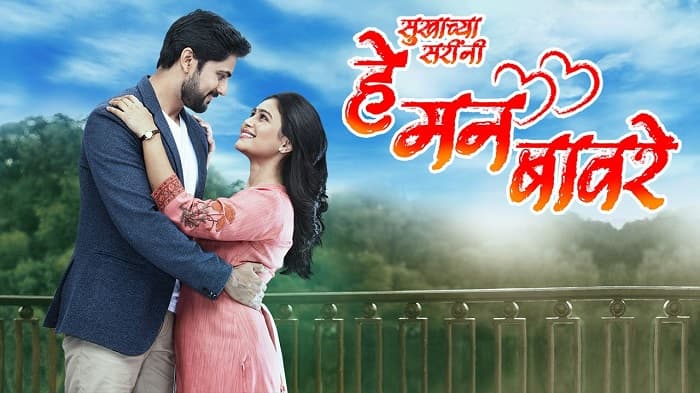 Colors Marathi’s one of the popular TV shows to Sukhanchya Sarine He Mann Barware is all set to go off air very soon. The popular TV show has completed its journey of two years. And now it is all set to broadcast their last episode very soon. Check out complete details about He Mann Baware Schedule below. Also, find out when you will be able to watch the last episode of this TV show.

Colors Marathi He Mann Baware featured a story of a Anu, who is a 29-year-old middle-class girl, who meets a 28-year-old business tycoon. They fall in love with each other, but Siddharth mother refuses to accept her as a daughter in law. The love story of Anu and Siddharth is filled with twists and turns.

He Mann Baware premiered on the TV screen on 9th October 2018. The TV show featured Shashank Ketkar, Mrunal Dusanis in lead roles. While popular television and film actor such as Sharmishta Raut, Vandana Gupte, Pradeep Patwardhan and Naina Apte played the pivotal roles in the show.

He Mann Baware will broadcast there last episode on 24 October. You can also catch and the online broadcast of the show on Voot’s official website and app. You can download the Voot app from the Google Play Store.

He Man Baware will be replaced by Colors Marathi new project Sukhi Mansacha Sadra will hit TV screens on 25th October. It will broadcast on every Monday to Saturday at 9:30 p.m.

Sukhi Mansa Sadra Marks the comeback of one of the iconic Marathi film actor Bharat Jadhav. While the TV show will be directed by Kedar Shinde. Along with Bharat Jadhav, it will also have one of the talented actress Rohini Hattangadi in a pivotal role.