Aadesh Bandekar To Host Home Minister in a new format 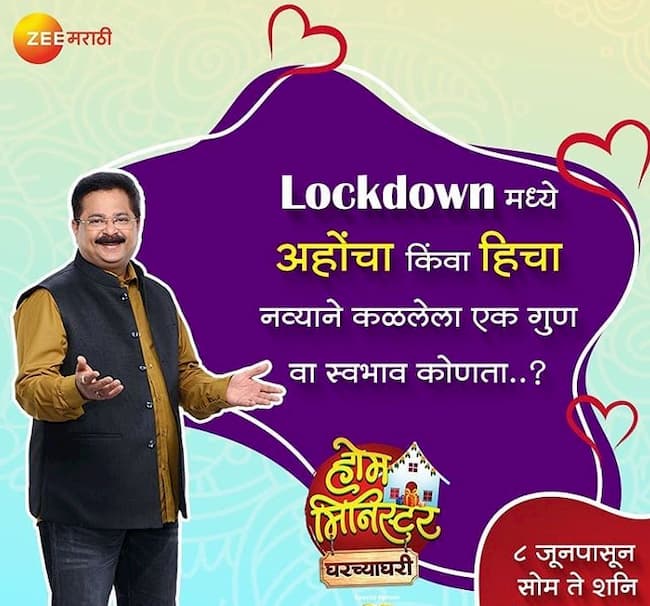 Aadesh Bandekar and Zee Marathi are all set to telecast the fresh episodes of their iconic game TV show Home Minister. The TV show will restart shooting for the fresh episodes in a new way. Aadesh Bandekar will be starting a new segment for his popular show. The upcoming segment on this show is titled ‘Home Minister Gharchya Gharich’. So check out complete details below.

Zee Marathi Home Minister is one of the top game television show in India. The TV show is running on TV screens for over 15 years. But due to lockdown fans were not able to watch the fresh episodes of this game television reality show. But the host of the show Aadesh Bandekar has come up with a very unique idea to entertain viewers from their homes.

In-Home Minister, Aadesh Bandekar visits various contestants home and gets housewives to participate in the game. The participants perform various task and the winner of the show gets prize money and Paithani Saari.

Reportedly the government has approved and gave permission to continue the shootings for the movies and television. But Aadesh Bandekar has taken some extra care in the Coronavirus Pandemic. He will shoot his popular show Home Minister from his home

In this brand new segment of ‘Home Minister Ghaychya Gharich’, contestants and Aadesh Bandekar will interact with each other from their respective homes. The upcoming episodes will have very interesting tasks and games.

Fresh episodes of the ‘Home Minister Gharchya Gharich’ will broadcast from the 8th of June 6.30 OM IST onwards.

You can also catch the entertaining broadcast of the show online on Zee5’s official website and app.

Stick around here to get the latest updates from the new TV shows. Also, turn on notification to get audition details related to the brand new television reality show.