I am surprised to see that my onscreen daughters and I are so similar says, Reena Kapoor 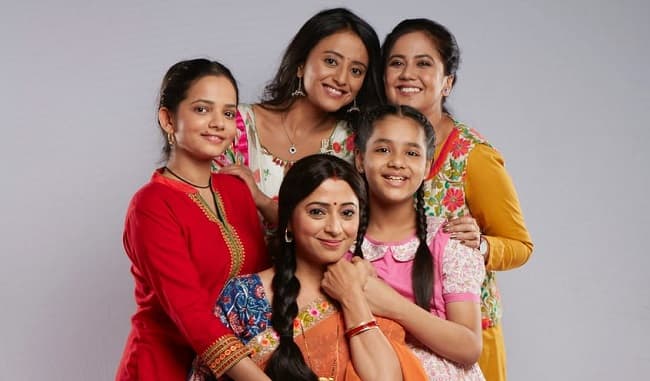 Mumbai, 10th March 2021: Popular television actress Reena Kapoor who is presently seen as the lead in Dangal TV’s Ranju Ki Betiyaan is known for her ability to enthral the audience with her amazing acting prowess. She has been receiving a lot of praise from the audience for her new, strong and refreshing role as Ranju. She shared that the character is amazing and was a role she was craving to play since quite some time. Recently, she opened up and shared her bond with her daughters and how much they are similar to her.

Sharing about their similarity, Reena says, “It’s very difficult to say who is my favourite from the fours girls – Monika Chauhan, Roopal Tyagi, Arushi Sharma, Muskan. All four are just like me. I wonder how the producers cast so perfectly. Our nature, mannerism, and vibrations are very similar. It surprises me that we are so similar. It’s like they really are my daughters. Another aspect in which, the girls are like me is that we have the same routine. Before call time, we first meditate, do yoga together. Now, this has become a daily activity. If someone asks me to choose one I am sure I definitely can’t do it.”

It’s good to hear stories of bonding between the cast especially when the actors are playing a family onscreen.

Ranju Ki Betiyaan is a heart-touching story of a single mother Ranju and her struggles of raising 4 daughters in a patriarchal society. It delves into the various societal issues faced by single mothers and will witness Ranju empowering herself to raise her four daughters single-handedly to help them achieve their dreams. Catch Ranju Ki Betiyaan at 9.30pm only on Dangal TV.