I looked like a Geisha doll made in porcelain – Rishina Kandhari 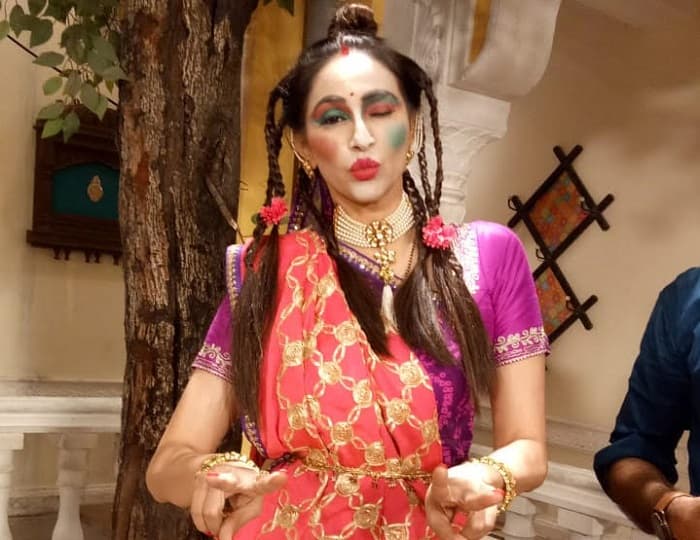 Mumbai, 17 December 2020: An actor might just have one role in a particular show but as the story evolves, he has to donne various avatars like negative, funny, serious, etc according to the narrative. It helps them break through the monotony and enjoy some challenging scenes. Rishina Kandhari shares one such incident of her current show Aye Mere Humsafar on Dangal TV.

There is a scene where some clients are coming to meet Sundar (Hemant Thatte), Lakhan (Achherr Bhardwaaj) and Imarti (Rishina Kandhari) and Divya (Pooja SIngh). As Vidhi (Tina Philip) is working for Pratibha Devi (Neelu Vaghela) she doesnt want these people to get these clients. So she mixes alcohol and gets them drunk after which she applies funny make up on their faces to make sure the client isnt impressed by them.

Talking about the process of wearing a funny look, Rishina says, “we found some looks on the internet.we finalized on one and eventually ended up doing something else completely. I wanted multiple colors so that’s what we went with. It took me an hour to get into this avatar.I look like a Geisha doll though, made in porcelain.  It was super fun and the sequence was also hilarious. We are sure the audience is going to have an amazing time.”

We are super excited to watch these funny looks on screen.