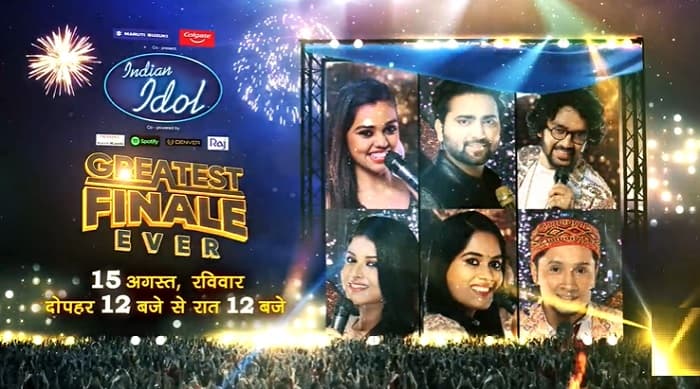 The singing reality show is a popular show of Sony Entertainment Television where the 6 finalists will be a part. This is for the first time ever the finale for the show will be taking place for 12 hours. The finalist for the show are Rawandeep Rajan, Arunita Kanjilal, Shanmukha Priya, Nikal Tauro, Sayli Kamble, Mohd Danish.

The grand finale event will be graced by the Shershah stars Siddharth Malhotra and Kiara Advani. They both will be the special guests for the event and also be promoting their upcoming film.

Siddharth also reveals that his mother is a huge fan of Pawandeep Rajan.

The grand finale will be starting at 12:00 PM and will be rolling out for 12 hours for the first time ever. The show will be airing on Sony Entertainment Television.

Kiara Advani will be grooving on the song Burj Khalifa with Pawandeep Singh. There will be army officers on the set of the grand finale.

The grand finale will also be airing on the digital platform Sony Liv App. The biggest grand finale is a 12 se 12 show for complete 12 hours.

Indian Idol 12 has been a great season where it is not only the longest season but also a unique season. They have also completed the milestone of streaming 100 songs in a single episode.

The semi-finale of the season will be taking place on August 14, 2021. The semi-finale will have the child artist who sang bachpan ka Pyaar on the sets of the show.

The promos for the semi-finale and grand finale are out now and it seems to be very promising. The show will finally be receiving the winner for season 12.

For more latest updates about the Indian entertainment industry and more audition details stay tuned with us.!!1