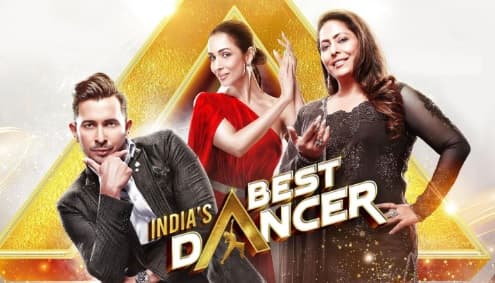 India’s Best Dancer is a dance reality show on Indian television network. Season 1 of the show has been a great hit where it had hit all the records in dancing. The show will be launching its season 2 in October 2021.

India’s Best Dancer has been the best ever dance show on Indian television where it had hit all the records on screens. It is a production of Nishant Jain where the show will be airing during the weekends.

The show has an exclusive judging panel of the time where it has gorgeous and beautiful actress Malaika Arora on the judging panel. Choreographer Geeta Kapoor is one of the judge in the show.

Choreographer Terence Lewis will be on the panel of the show as a judge. India’s Best Dancer has a popular pair Haarsh Limbachiyaa and Bharati Singh as the host for the show.

They have been great while presenting the show with hosting and adding a fun element to the show. It is a full pack of entertainment with comedian Bharti Singh.

India’s Best Dancer Season 2 is expected to launch in October 2021. The telecast of the show will be taking place on the OTT platform Sony Liv App.

The winner for the show is Tiger Pop where he is from Gurugram. He is with the choreographer Varthika Jha.

The show will also have a few of the guest judges and special guest will be visiting the show for a single episode.

The dance reality show will be airing on the channel where it provides an opportunity for all the dancers out there to showcase their talent. It is a stage where the dancers from all around Indian can make it to the winning.

For more recent updates about the Indian entertainment industry and other audition details stay tuned with us..!!!