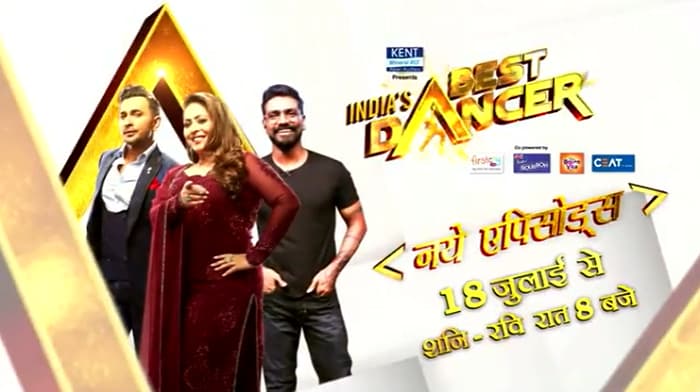 The TV show is going to have one of the popular choreographers and judging panel. So check out complete details below. Also, find out where you will able to watch the online broadcast of this dance television reality show.

India’s best dancer is coming up with the title Jab Tak Best Nahi Tab Tak Rest Nahi. The TV show is going to feature one of the Talent Dancers across India.

India’s best dancer will have contestants between the age group of 15-year-old to 30 years old. The dance television reality show will feature one of the top 12 contestants.

Bollywood actress Malaika Arora popular choreographer, Geeta Kapoor and Terence Lewis will be the judges of this TV show. Terence Lewis and Geeta Kapoor were the Judges for India’s popular dance TV show Dance India Dance. The two will be back on screen after a long time. So fans are definitely excited to see them together.

While one of the popular comedian Bharti Singh and her husband Harsh Limbachiyaa are going to be the presenters of this upcoming dance television reality show.

India’s best dancer is going to be one of the toughest dance television reality show to conquer. The makers of the show have included many tough challenges in the show.

Malaika Arora will assess the entertainment factor in the Act. While Geeta Kapoor will judge the uniqueness of the act. and Terence Lewis will be evaluating the perfection in the dance performance.

Fans can also catch the entertaining episodes of the show on Sony live’s official website and the app. Here is a fresh episode schedule of Sony TV’s Dancing Show.