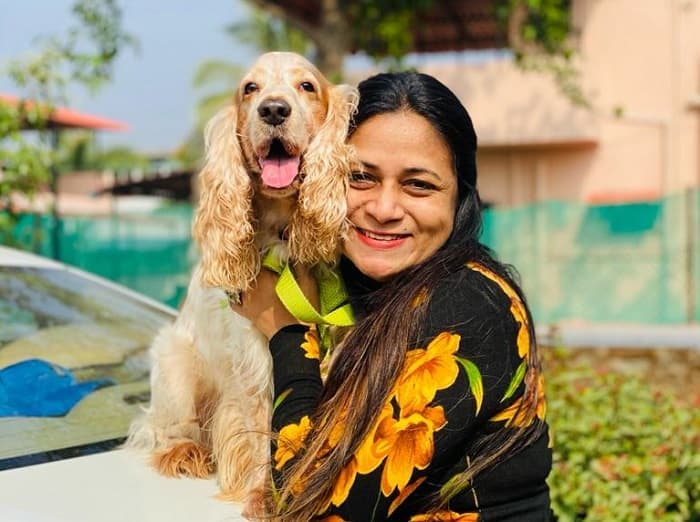 Mumbai, 31st March 2021: Actress Utkarsha Naik has always encouraged her fans to take out time and do their bit for the stray animals. She is an animal lover. It was during the lockdown that she was seen actively taking care of animals by providing treatment, care and even food. Currently seen in Dangal TV’s Prem Bandhan, Utkarsha is often spotted feeding and playing with animals on sets. She says that they are a part of us and the crew.

Taking inspiration from Mahatma Gandhi’s quote – ” The Status of a nation can be judged by the condition of animals in the nation”, Utkarsha says, “I feel Gandhi Ji’s saying is really true. Humans generally do not think of anyone but themselves. If the citizens of the country think about animals as well, the status of that country would reach heights and would do wonders, just not financially but also morally and ethically as well. Sadly, I would say that India is miles away from this issue. The people are anyway suffering, but animals are in the worst of condition. I would conclude in a very straightforward manner that the government should provide something for animals as well. The shelters are inflected, unhygienic and the activists are standing alone and fighting for their rights.”

She also adds how urgent and important this matter is and says, “We need to throw light on this issue, it’s not a need but a necessity that needs to be addressed. Be it cows, birds, or animals we need to take care of all. They all are a part of the ecosystem and we cannot side-line them. Everyone wants to just run away from nature. No one wants to grow it. The current generation is running away from it and it’s costing a large number to the entire planet. It’s high time now we need to think over it. The media should also be a part of it. I personally want to spread awareness all over and I would be thankful if I am given a chance to do so.”

We completely agree with Utkarsha.

Prem Bandhan is a story about an independent girl who has the responsibility of her family on her shoulders and how she meets a crossroad and ends up marrying a businessman with a mysterious past. To know more, watch Prem Bandhan from Monday to Saturday at 7.30 pm only on Dangal TV.