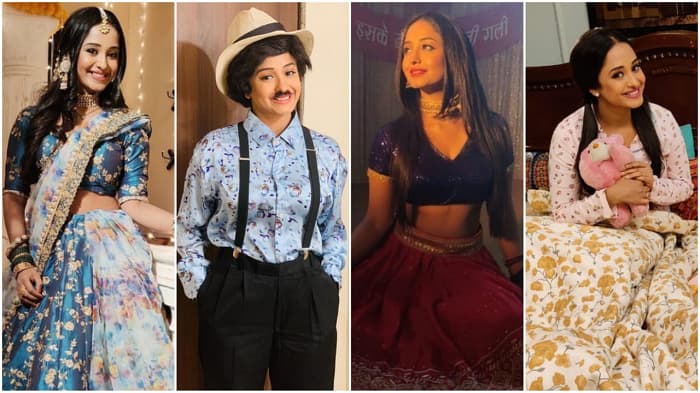 Mumbai, 16th February 2021: Actors generally pick one project after the other to experiment with a variety of characters and showcase their versatility to the audience. But Tina Philip who plays Vidhi Sharma in Dangal TV’s Aye Mere Humsafar got to play multiple characters in one show itself. She went from Vidhi to Komal Kali and now a mentally challenged kid.

Sharing her experience of donning the various characters, Tina says, “My character in Aye Mere Humsafar is full of surprises and excitement.  I’ve had the opportunity of playing diverse characters from the simple bahu Vidhi who aspires to become an IAS officer to Komal Kali who was a bar dancer, to now a mentally challenged kid. I feel blessed to have got this opportunity to experiment and challenge myself as an actor all in one show. Personally, the role of being a mentally challenged kid is the most endearing to me. I’ve tried my best to keep it real by adding certain childlike nuances like scratching my face while talking, blowing my nose, throwing tantrums or not framing a sentence properly.”

Talking about her look for her most recent character, she adds, “Coming to my new-look, getting into the shoes of a man has been quite interesting. I quite like my male look. The look has something little of many characters in it. Like the moustache, the attire, the attitude and even the tone and language. At times, it’s a laughter riot when I’m speaking like a man on set.”

All these looks are the reason behind some really dramatic twists and turns in the show that is keeping Ved (Namish Taneja) away from Vidhi. But Tina knows that ‘VedVi’ are meant to be and lowkey hopes they have a future together.