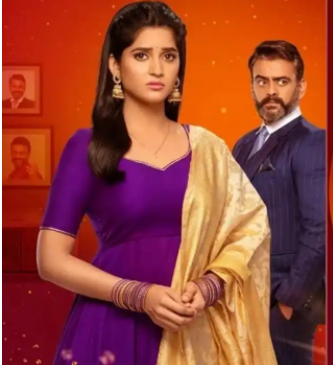 Jau Nako Dur Baba will have a very interesting plot.  The TV show is a family drama and it revolves around the father and daughter relationship. it will showcase the daughter’s several attempts to win her father’s heart. The TV show will be filled with many heartwarming moments. and it will be produced by Holaka Production.

The makers of the show have done a phenomenal job in casting the actors.

Astad Kale will be playing the role of a father in the show. He has been part of a number of hit TV shows like Kalat Nakalat, Bigg Boss Marathi season 3, Anandi He Jag Saare.

While Rutuja Deshmukh will be also part of this TV show. Both of them will be seen in the opposite of each other. They also worked previously in the shows Anandi He Jag Saare.  they will play on-screen a couple second time.

Rutuja Deshmukh will also play a key role in the show.

While Mayuri Kapdane will play the role of a daughter. the TV show will also have other actors like Uday Tikekar and his daughter Swanandi Tikekar as guests.

The TV show broadcasts on Monday to Saturday at 7:30 p.m.