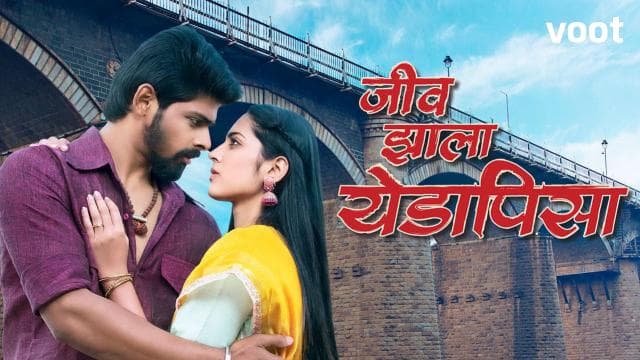 Jeev Jhala Yeda Pisa was one of the popular TV show in Maharashtra. The TV show premiered on 1st April 2019. and recently it has released their last episode. fans are badly missing their favourite show. The producer of the show has shared emotional notes on the ending. So check out complete details about it below. Also, find out what Chinmay Mandlekar has to say on Jeev Zala Yeda Pisa going off-air.

Jiv Jhala Yeda Pisa introduced two new faces on TV screens and they have got a huge amount of love from the fans. The TV show featured Ashok Phaldesai as Shiva. While Vidula Chougule played the female lead role in the show. She portrayed the role of Siddhi. The TV show also featured talented actors like Chinmayi Sumit, Mohan Joshi and Vikas Patil, Rohit Kokate and many more.

The producer of the show Chinmay said “The journey will discontinue today after completing 535 episodes of the Jeev Zala Yeda Pisa. This show was really close to my heart. it fought with Pandemic. it grew because of arts and craft. The tv show also remade in 5 different languages, and they’re also it became successful. today this journey is going to pause”

Jeev Zala Yeda Pisa featured a very interesting and entertaining love story. The tv show revolved around the life of Shiva and Vidula, who are opposite from each other. But their life takes a completely new turn when they marry each other. In such a short time, the tv show managed to hook up thousands of viewers to the tv screens.

Stay tuned test to get the latest updates from new TV shows. Also, don’t forget to check out audition updates of an upcoming television reality show.