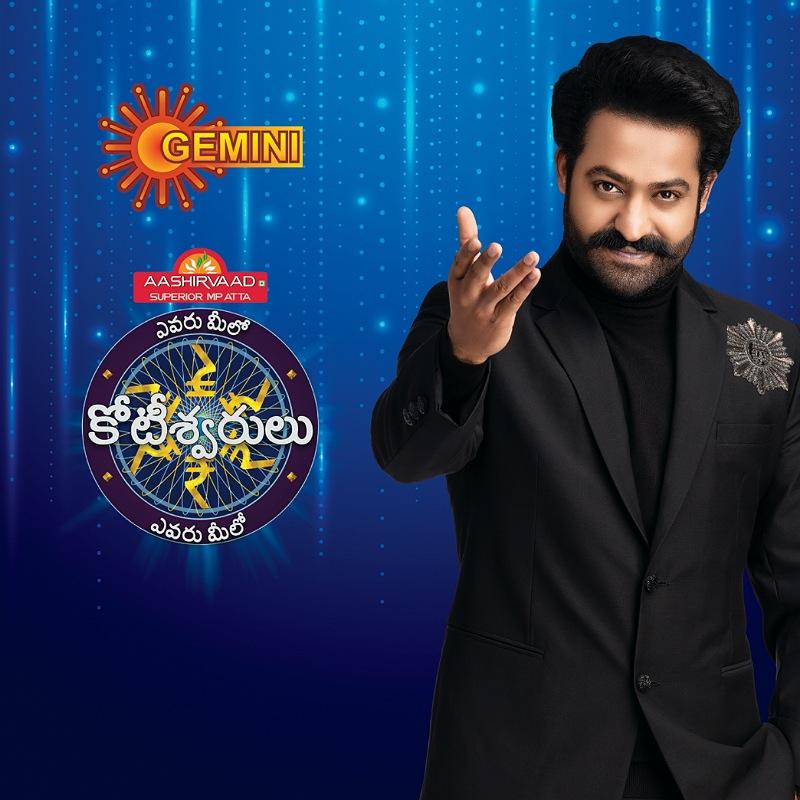 Junior NTR will make his come back on TV screens with this new edition of the show.  fans are extremely excited to watch their favorite stars back on screen.  According to sources, Junior NTR has charged over 7 crores as remuneration.  For the Evaru Meelo Koteeswaralu season 5. The fifth season of the show will have a total of 60 or a little more episodes.

In the exclusive interview with popular sources, Junior NTR said ” this is a new journey after big boss. and a good opportunity for me to meet people listen and learn and share their stories,  struggle, and aspirations to me. the show is not about how much money you make. but how much confidence you on confidence to face life is what counts. I am looking forward to this exciting journey with all of you.”

The first should for the show is most likely to start from July 10th. Junior NTR will shoot the first episode of the show with real contestants. All the contestants have passed their auditions, which took place virtually.

Evaru Meelo Koteeswaralu will hit the TV screen in the month of July. So the confirm starting date of the show will update on the page very soon. The TV show will broadcast on Gemini TV.

Stay tuned with us to get the latest updates from a new TV show. Also, don’t forget to check out the audition updates of upcoming television reality shows.