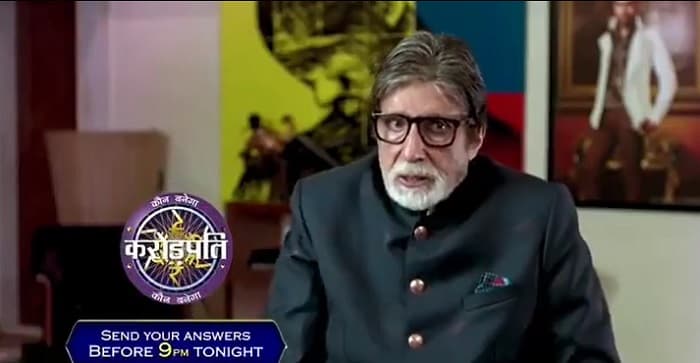 Kaun Banega Crorepati is one of the biggest game television reality show in India. The TV show has successfully concluded there 11 seasons. And now makers of the show are gearing up for the 12th season of the show.

after lockdown of three months, many TV shows have resumed shooting for their fresh episodes. The channels are gearing up to telecast new content for their viewers. Sony TV is also all set to come up with the 12th season of Kaun Banega Crorepati. According to reports, the 12th season of the game television reality show will be on air in the month of August.

Kaun Banega Crorepati season 12 will premiere on 24th August 2020. While the brand new season of the show will have many changes. The format of this TV show is going to be very different this year. There will be no live audience considering the safety measures.

While there are also reported, that Amitabh Bacchan will shoot from his home. And the contestants in the show will interact with him through the big screen.

Many television reality shows have adapted this new format. TV shows like the Ace The Quarantine, Home Minister, and many more are entertaining their audience from their home.

The registration for the Kaun Banega Crorepati season 12 has already started.