KBC Season 12: All Questions and Answers 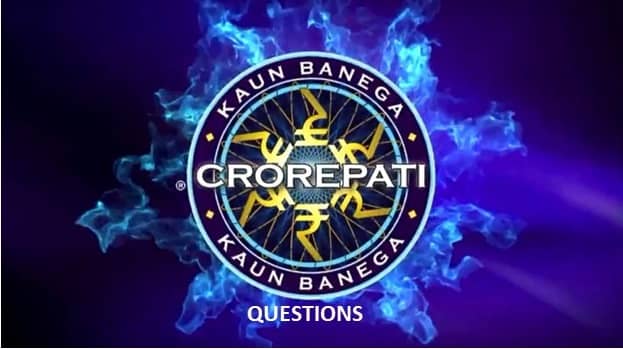 Kaun Banega Crorepati is one of the popular game television reality show. The show is a telecast of Sony Entertainment Television. It is one of the most popular and longest-running shows on television. Here is check KBC Season 12 All Questions and Answers.

It is expected that the show will soon be airing on television. Till then here are the answers to all the 14 registration questions of the show.

Where in China was the coronavirus disease 2019, or COVID-19, first identified?

In the film “Bala”, what does Balmukund Shukla, the character played by Ayushmann Khurrana, struggle with?

Which place was merged with Dadra and Nagar Haveli to form India’s newest Union Territory?

What sport did 16-year-old Shafali Verma play for India at a World Cup in 2020?

Which superstar in his early career appeared in the TV series “Wagle Ki Duniya”, “Fauji”, and “Circus”?

In what sport have Pullela Gopichand and two of his students won the Rajiv Gandhi Khel Ratna award?

Which is the first state the River Brahmaputra flows through on entering India?

The world’s largest cricket stadium in Motera near Ahmedabad is named in honour of which leader?

The name of which religion comes from the Sanskrit root word “shishya” meaning “disciple” ?

Which of these words begin the Preamble to the Constitution of India?

Answer: We, the People of India

What role did Mukesh Khanna play in B R Chopra’s TV series “Mahabharata”?

Circle Style and Standard Style are two variants of which sport?

Which of these is made of bone?

Which of the following heroines is a “Desi Girl”, according to a song featuring her, Abhishek Bachchan and John Abraham?

You can check these answers to all the 14 question registration questions of KBC. Catch up with the show on Sony Entertainment Television.

For more recent updates about the show stay tuned with us…!!