Khatron Ke Khiladi 11 Grand finale will take place on this date: Check out the finalists 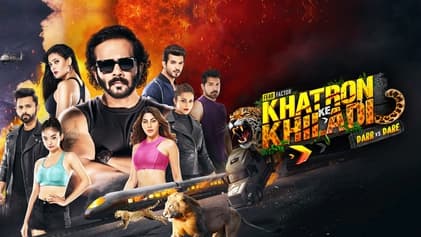 Khatron Ke Khiladi season 11 premiered on the 17th of July. The tv show is filmed in Cape Town. While Rohit Shetty is hosting this television reality show. As we all know the contestants are already done with the filming in June.

The 11th season of the show is featuring one of the popular celebrities as a contestant. While this time the makers of the show have doubled the difficulty level for the contestants.

According to sources, the names of the top 3 contestants of the show are out already. Vishal Aditya Singh, Divyanka Tripathi and Arjun Bijlani are the top finalist of the show. It is expected that the finales of the show will take place on the 25th and 26th September.

Now more updates about the winners and the prize money of the show will be available on the page very soon. You can catch the online broadcast of the show on Voot’s official website and app. You can download the Voot app from the google play store.