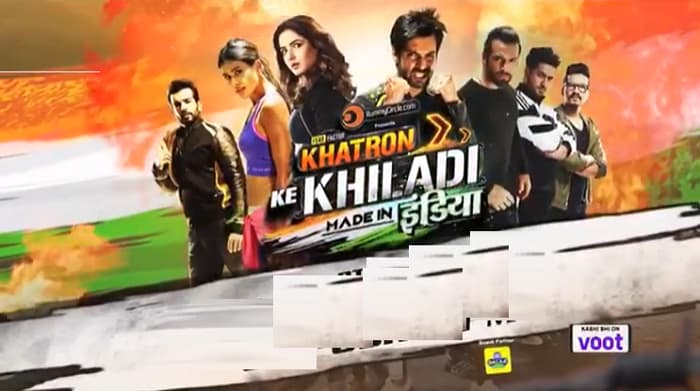 The announcement regarding the season 11 releasing is done on the grand finale episode of KKK 10. The host of the show Rohit Shetty announced Khatron Ke Khiladi Made In India.

Khatron Ke Khiladi Made In India Start Date and Schedule

Khatron Ke Khiladi Made In India will be starting on August 1, 2020. The show will be replacing the show KKK 10.

Rohit Shetty ended the grand finale of KKK 10 with the announcement of the new season of the show.

The concept of the show for season 11 is will be having different zones for performing stunts. Contestants of the show will have to perform their stunts in these zones. The zones are divided into 5.

Rithvik is a popular television actor famous for his role as Arjun Kirloskar in Pravitra Rishta. Apart from this he has been the host of many popular reality shows like Nach Baliye Season 7, India’s Next Superstars, Super Dancer, etc.

Karan is an actor, host, model, etc. His debut in the industry was with the show Remix where he played the role of Ranveer Sisodia.

He is also popular for his role in the show Dill Mill Gayye as Dr. Siddhant Modi. Apart from this he has been a part of the Jhalak Dikkhla Jaa Season 5 as a contestant.

He has been the host of the popular reality shows in India and has made Bollywood appearances in film like Dawaat-e- Ishq. And as a lead male role in the popular film of Bollywood Hate Story 4.

Karan Patel is a television actor very popular for his role as Raman Bhalla in the Yeh Hai Mohabbatein. He is currently playing the role of Mr. Bajaj in the show Kasautii Zindagii kay.

Karan Patel has been the host of the show Gumrah S5, Nach Baliye 7.

Aly Goni is a television actor recently seen in the show Nach Baliye 9. He is also popular for his role in the show Yeh Hai Mohabbatein as Romi Bhalla.

He was also a part of the popular youth show Splitsvilla 5 of MTV India.

Haarsh Limbachiyaa is a screenwriter, producer, television personality. He has been the writer of the popular television shows.

He is a producer, creator, and the host of shows like Khatra Khatra Khatra, Hum Tum Aur Quarantine, etc. Haarsh is currently seen hosting the dance reality show Indian’s Best Dancer along with his wife Bharti Singh.

Apart from this, he has been the writer of Dialogues of the film PM Narendra Modi.

Jasmin Bhasin is a popular actress and model popular for her in the show Tashan-e-Ishq as Twinkle Taneja.

Her other roles are Teni Bhanushali in the show Dil Se Dil Tak, Nayantara in the show Naagin Bhagya Ka Zehreela Khel, etc.

Apart from this she has also been a part of few of the film in the south industry.

He has been the host of the shows like Dance India Dance, Superstar Singer, The Voice Indian Kids, etc.

Nia Sharma is a popular television actress popular for her role as Manvi Chaudhary in the show Ek Hazaaron Mein Meri Behna Hai. She has played the role of Roshni Patel in the show Jamai Raja.

Currently she was seen the role of Brinda on the television’s popular supernatural show Naagin.

For more recent updates regarding the Indian Television Industry stay tuned with us..!!