Mahabharat Star Plus Cast, List Of Actors And The Characters 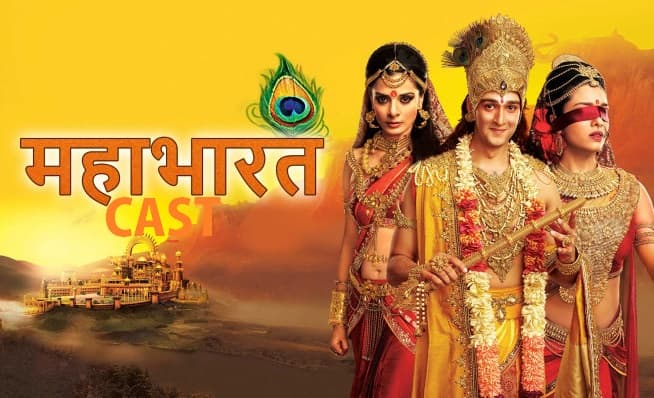 Mahabharat is one of the epic tv shows on an Indian television screen. The TV show was premiered in 2013. Recently in lockdown, The retelecast of the show slew TRP Charts. So here are some interesting facts about star plus’s Mahabharat. Also, find out more information related to the Mahabharat Star Plus cast Name list.

Mahabharat Star Plus Cast | List Of Actors And The Characters

Star Plus Mahabharat is the result of hard work of 4 years. The TV show is produced by Siddharth Kumar Tiwari. He took completely four years to do some research and to execute the show. Mahabharat is the epic tale of Kurukshetra war a battle between Pandavas and Kauravas.

There is no doubt that Mahabharat is one of the successful TV show on Indian TV screens. And its music, Story, Star cast contributed to its success.

Rohit Bhardwaj: Rohit Bhardwaj played the role of Yudhishthira in Mahabharat. The actor has won the heart of many television lovers with his great acting skills.

Pooja Sharma: The role of Draupadi was played by Pooja Sharma. During the time of Mahabharata, she was a newcomer in TV. Despite that, she gave justice to her role Draupadi.

Shaheer Sheikh: Shaheer Sheikh is one of the popular television actors and he has been frequently part of its TV shows. But his role of great Archer Arjun got an intense amount of popularity.

Vin Rana and Lavanya Bhardwaj: They played the role of Nakula and Sahadev respectively.

Saurav Gurja: The actor portrayed Bheem in Mahabharat. He is also a prominent wrestler and currently lives in LA.

Arav Choudhary: he was playing the role of Bhishma. He has been part of many hit tv shows.

Aham Sharma: he played the role of Karna. Aham has worked in CID, Brahma rakshas, Jaag Utha Shaitan, and Bharatvarsh.

Praneet Bhatt: Everyone was extremely impressed by the performance of Praneet Bhatt. He played the role of Shakuni. Since 2018 he is playing the role of the genie in Aladdin

Stay tuned with us to get latest updates from new tv shows.