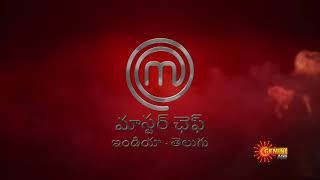 MasterChef India has completed its various Seasons. The Hindi version of the show is one of the popular cooking television reality show in India. And now the TV show will be available in the regional languages. MasterChef Telugu will be available on Gemini TV very soon. The Exclusive promo of the show is out. And fans are extremely excited to watch this TV show in Telugu.

It’s definitely going to be interesting to see MasterChef India Telugu. The TV show will be hosted by one of the popular film star. According to sources, it is expected that Venkatesh Daggubati will be presenting this TV show. The confirmed name of the host of the show is not out yet.

MasterChef India started in 2010. The TV show was presented by Akshay Kumar. Later celebrity Chefs were on the board to host and judge this TV show. The Hindi version of the show has introduced one of the talented Chefs to the industry.