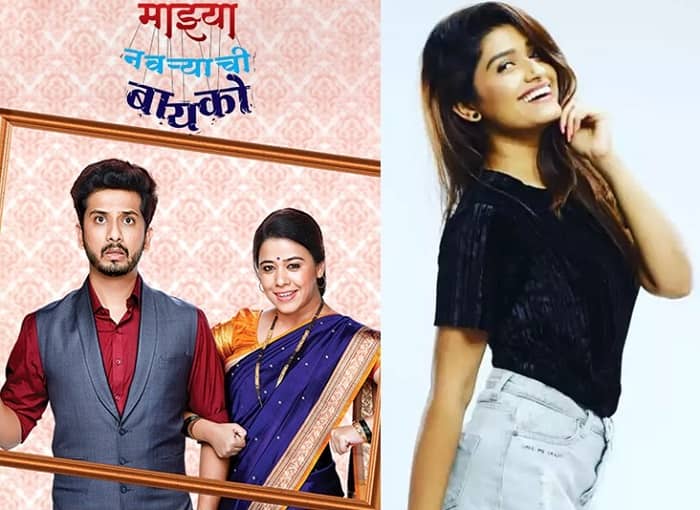 Zee Marathi’s Mazya Navryachi Bayko is one of the popular TV show in Maharashtra. After a lockdown of 3 months, the TV show is coming up with a fresh episode and some new twist. This time, the television show is coming up with a huge surprise for their audience. Rasika Sunil will Re-enter in the show as Shanaya. Check out complete details Mazya Navryachi Bayko News below.

Shanaya is one of the important characters of Mazya Navryachi Bayko. The character has received a huge amount of popularity. It will be exciting to Rasika Sunil again on screens. But fans are also disappointed as Isha Keskar will not be part of this TV show.

Isha Keskar shade video on her social media address this situation. She said “I was excited to return on the set of my shoot in Nashik. But suddenly my wisdom tooth started aching. The pain was terrible and I had a slight fever. I was not in the condition to resume work.

She added ” I even got the surgery done for my to wisdom tooth. But because of the swelling, I was unable to speak properly until a few days ago. Since a certain number of the episode had to be shot in the stipulated time, it was unfair to keep the makers waiting. so we discuss the situation and I decided to quit the show”.

She also mentioned that there is no bad blood between the makers of the show and her. She added that she will miss her co-actors and fans. On the other hand, Rasika Sunil is very happy to be to play the role of Shanaya again.