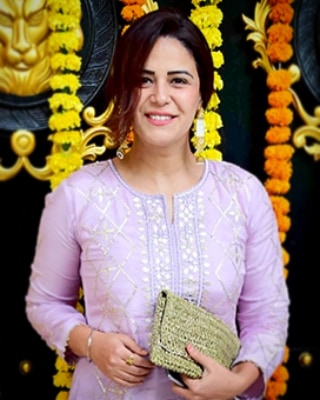 Mona singh will be back on screens after a break of 5 years of break. According to sources she will make her comeback as host of crime TV show. Check out complete details about it below.

Mona Singh is one of the popular Television actresses in India. she has been part of many iconic TV shows. She was last seen in Comedy Nights Bachao. She became a household name during her stint in the Jassi Jaisi Koi Nahi. later she was part of shows like Pyaar Ko Ho Jaane Do, Yeh Meri family and many more.

Recently she was seen in web series black Widow and M.O.M (mission over mass). now she will be part of the brand new TV show Mauka-E-Vaardat season 2.

According to sources, the makers of the show were also in talks with popular actress Rashmi Desai. she was part of Uttaran. but finally Mona Singh has been finalized for the show.

In an exclusive interview with Etimes India Mona Singh shared some exciting details about this new show. She said ” yes it is true. I will be part of more Mauka-E-Vaardat. crime Genre has always intrigued me. and it is an exciting project. and we are still in the process of working out the complete details.”

More details about the Mauka-E-Vaardat will update on the page very soon.

Stay tuned with us to get the latest updates from new tv shows. Also don’t forget to check out the audition updates of upcoming tv shows.