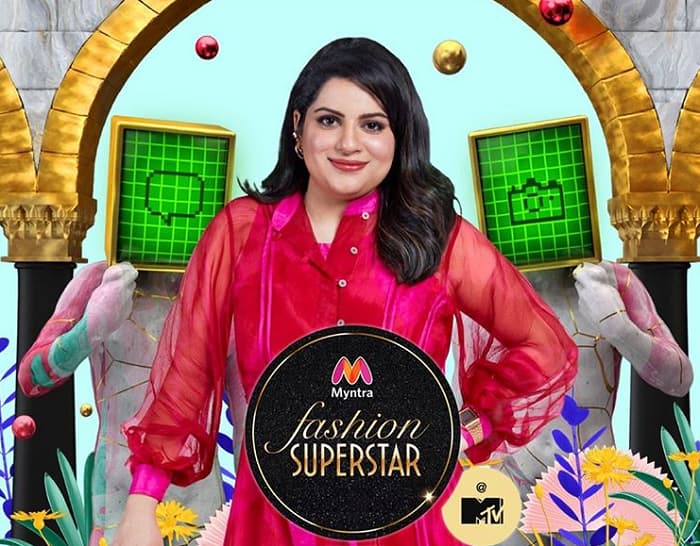 The show will be airing on the popular youth channel MTV India. MTV Indian Fashion Superstar will also be streaming on the Myntra app.

The show will be airing on the popular youth channel MTV India and Myntra app.

MTV India Fashion Superstar will be airing on MTV India from November 1, 2020.

The show will be airing on MTV India every Sunday at 7:00 PM. You can also enjoy the telecast of the show at any time on Voot.

The show has an exclusive judging panel of the popular designers of Bollywood Manish Malhotra.

The gorgeous and beautiful Miss Universe 1994 and star of Bollywood Sushmita Sen.

The other member to be on the judging panel is Mallika Dua.

The show will be having contestants from different parts and they will be judged on the basis of how they carry the fashion on point.

Mridul is from Delhi and he has all his Delhi Swag with him. He believes that fashion should be something that is affordable for everyone.

Param’s style is colourful and he carries a bold aura. The contestant wants to make fashion expressive and also meet meaning statements.

Divyanshi is the kind of a person who has spark in her and she believes in it. She has that easy-going nature in her and that is what everyone likes.

She will be on the stage of MTV Fashion Superstar to showcase her style.

Neelakshi’s style is bold and experimental. She never fails to experiment and her game is chic. She is all body positivity and a very bold person.

Edwin is a personality with a good sense of fashion as he believes that a good fashion statement is all about coming out of the shell and flaunting confidence.

He is a bit shy by nature let’s see his fashion game on the show MTV Fashion Superstar.

Asmita flaunts her style and her style never fails to impress. She has a unique style and elegance.

Watch out for Asmita’s style statement on the show MTV Fashion Superstar.

A young boy who is a fan of minimal fashion. He is a young dreamer and fashion blogger and also an influencer.

He will be making his style statement on MTV Fashion Superstar.

Rose is a person who believes in honesty and she knows her worth. She is a dreamer and go-getter person.

Tanitha is a person with a creative outlook. She has an artistic perspective. She is all set to experiment with her style on the show MTV Fashion Superstar.

Pavithra is one of them who loves to play against all the norms. She has her own unique fashion look with her versatility.

Rahul paints his thoughts into a meaningful form of expression. He will be one of the contestants of the show who will be getting his style

Srishti is a Calcutta girl a tomboy by nature and the one who loves being a boss lady. Meeting her as a contestant of the show MTV Fashion Superstar.