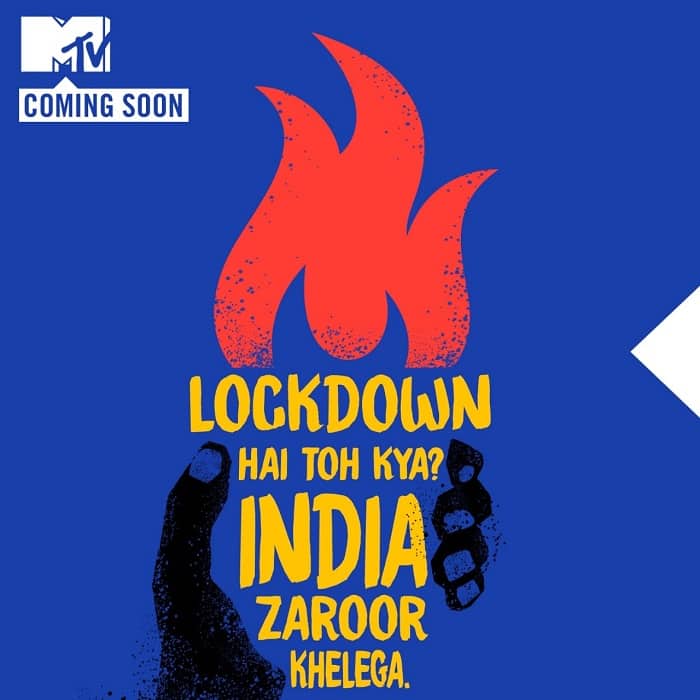 MTV India is a popular youth channel on the Indian television network. It has given us many hit shows to date. MTV India is coming up with the all-new exclusive show on the channel. MTV India Coming With a New Thrilling Show Lockdown Hai Toh Kya? India Zaroor Khelega.

Check out the information about the new show of MTV India Lockdown Hai Toh Kya? India Zaroor Khelega. To know more about the show stick around this page.

There were no more details about the show shared by the makers. As per the other post shared by the MTV India, the poster of the show says “Stadiums par taala laga hai par India toh khelega”.

The details of the show are yet to be announced by the makers. The poster of the show has ‘Coming Soon’ on it.

We will soon be updating you about the details of the show schedule and the telecast here after an official confirmation by the makers.

MTV India has given us many hit shows like Splitsvilla, Roadies, Supermodel Of The Year, and many more. The new and upcoming show of the channel is sure to be exciting and definitely entertaining.

As per the post shared by the channel, it seems that the show is going to be about the game. An outdoor game as it says that the Stadium band hua toh kya hua.

Stay tuned with us and get to know more and recent updates of this upcoming new show of popular youth channel MTV India.