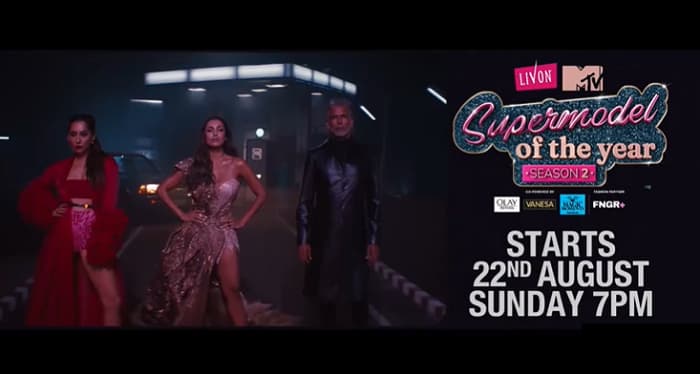 The show features young talent and provides a platform for all the aspiring models to showcase their talent and sow seeds in the modeling industry. They get huge exposure to modeling and the skills are improved. MTV Supermodel of the Year will be starting this August 2021 with the new season with new talent.

The top modeling show for all the aspiring models will be airing soon this August 2021. The show will be up with the Top 12 fresh talent in modeling on August 22, 2021.

The first episode of season 2 will be launching this August on MTV India. The biggest youth entertainment channel in India.

The show will be launching on MTV India which is a youth entertainment channel.

The show has an exclusive judging panel of the time with the superstar of Bollywood gorgeous Mallika Arora. She is a biggest fashion icon in the industry and one of the most glamourous actress.

All the three judges were on the judging panel of the show India’s Next Supermodel however, the show was taken over by the MTV Supermodel of the Year.

MTV Supermodel Of The Year 2 Promo

The promo of the show is out now and it seems to be very promising. The new season of the show is all set with the fresh talent since August 22, 2021.

The channel has shared the promo of the show on the social media handle of MTV India.

For more latest updates about the Indian entertainment industry and another audition details stay tuned with us..!!