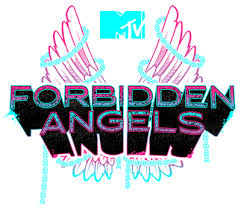 MTV has launched many popular modelling television reality shows. The channel is known for India’s top model and supermodel of the Year. Now it is all set to launch unit modelling television reality show titled as Forbidden Angels. The concept of this TV show is going to be very interesting. And it is going to provide a huge platform to all talented girls across the country.

According to exclusive sources from the TellyChakkar, it is reported that the model and popular Actress Mugdha Godse will be on the judging panel of this TV show. While talented actor Cyrus Sahukar will also join her.

Mugdha Godse will make her television come back on this TV show. She has been part of many popular projects. She made her Bollywood debut in movie Fashion. While she was last seen in movies like Fauji calling, Thani Oruvan, Bezubaan Ishq. Mugdha Godse was also seen in TV shows like Power Couple, Khatron Ke Khiladi and Marathi Paul Padte Pudhe.

Wine Cyrus Sahukar is also one of the talented actors in India. He is also well-known VJ. He has been part of movies like Kadakh, Aisha, Khubsurat and many more.

MTV India’s Forbidden Angels will hit TV screens very soon. More details related to the audition & registration and the starting date of the show will be available on the page very soon.

Stay tuned with us to get latest updates from new TV shows. Also, don’t forget to check out the audition updates of this upcoming television reality shows.