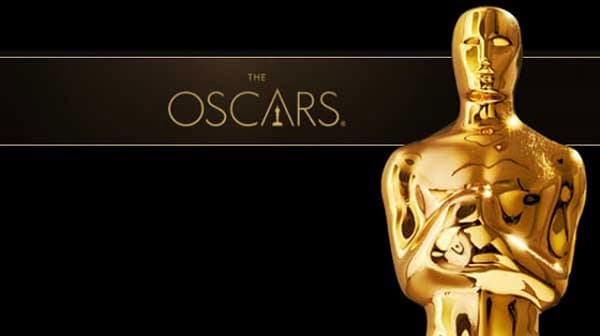 16th April 2021; Mumbai: The Academy Awards are one of the most prestigious awards in show business. Like every year, thought-provoking stories with memorable characters participate in this race. This year, after Lagaan in 2002, The White Tiger has been nominated for Oscars 2021 after nearly 20 years.

But, will The White Tiger get the golden statuette? Be a part of the 93rd Academy Awards by tuning in live on Star Movies and Star World on 26th April at 5:30 am IST and followed by the repeat telecast at 8:30 pm IST.

With just a few days left until the Academy Awards 2021, let’s look at some nominated movies you can catch up on from the comfort of your couch:

1. The Father: Based on Florian Zeller’s play Le Pere, The Father follows the story of an ageing man who has to deal with his progressing memory loss. The film is gorgeously crafted, masterful, and agonizing. Anthony Hopkins has given an amazing and scalding performance making it a must-watch.

3. Mank: Directed by David Fincher, Mank is based on a screenplay by his late father Jack Fincher. The story is a biographical drama film about screenwriter Herman J. Mankiewicz. It shows why Mank and Wells were so passionate about making “Citizen Kane”, and it allows us to appreciate the film not only from a technical standpoint, but makes you look at ‘Citizen Kane’ more differently and helps us recognize the power of political narrative in popular media, and its effect on everyday life.

4. The White Tiger: After Lagaan, The White Tiger is Indian’s fourth film to be nominated for Oscars.
The film stars Adarsh Gourav in his first leading role, along with Priyanka Chopra and Rajkummar Rao. The movie showcases a common man’s struggle from rags to riches. The white tiger is somewhat a mixture of ‘slumdog millionaire’ and ‘Parasite’. Adarsh’s performance makes the movie a must-watch

5. Minari: Written and directed by Lee Isaac Chung, Minari is a story of a Korean American family moving to an Arkansas farm in search of its own American dream. Minari is one of the most inspirational family films. It is profound, has a soulful slice of daily American family life. The cast is exceptional and each actor has done a superb job.

6. Nomadland: This movie is a must-watch must-watch who wants to experience beauty. The story embarks on the journey of a woman in her sixties, who loses everything through the American West. I hope the younger audience will check this movie and appreciate it.

7. Promising Young Women: The movie is a rollercoaster. Cassie the lead draws the perfect line between insanity and being a lovable and memorable character. The story is unpredictable, with fabulous performance and direction.

8. Sound Of Metal: A unique concept focusing on the story of a heavy-metal drummer’s life when he begins to lose his hearing. The film is very emotional, realistic and a little slow-paced. It is somehow intense when you can feel what Ruben feels, and hear what he ‘hears’. Riz Ahmed had done a remarkable job.

9. The Trial of the Chicago 7: A brilliant take on a regular courtroom drama catered wonderfully for the audience. The film is based on the infamous 1969 trial of seven defendants charged by the federal government with conspiracy and more, arising from the countercultural protests in Chicago at the 1968 Democratic National Convention.