Naagin 5: first look from the Naagin 5 is out 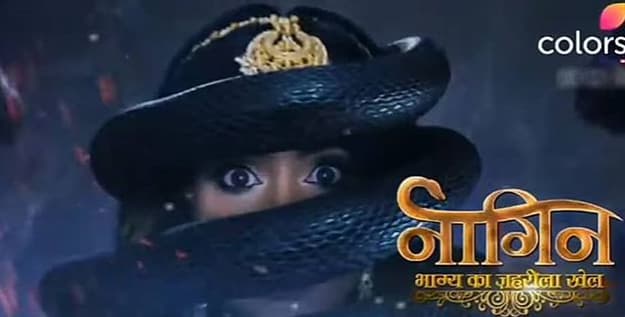 One of the highly anticipated TV show ‘Naagin 5’ is making huge buzz recently. The first look for the Naagin 5 is out now, Naagin 5 Promo out soon.

The first mysterious look of Naagin 5 is out. fans are really curious about the lead of Naagin 5 as the face of the actress is covered. so take look at Naagin 5 poster. Also, check out more details about the starting date of the show.

Naagin 5 Promo out Soon, check first look from the Naagin 5 is out

Fans have spotted Hina Khan, in the latest poster of Naagin 5 released by the officials. Nothing His confirm yet, as the face of the actress is wrapped with Snake. There are also speculations that Hina Khan will be doing cameos in the show. While Surbhi Chandna will play in the lead role. Whatever it is, Fans are excited to watch this strong duo on screens.

Hina Khan was last seen in Star Plus hit tv show Kausautti Zindagi Kay. She was playing the role of Komolila. While she was also part if hit web series. The actress is popularly known for her role in Yeh Rishta Kya Kehla Hai. She played the role of Akshara. Fans are delighted to watch Hima Back on screens in a new avatar.

While for Surbhi Chandna, she was part of the Star Plus’s hit show Sanjeevni. She is popularly known for her role in Star Plus’s show Ishqbaaz. She portrayed the character of Anika. Surbhi Chandna has received a huge amount of popularity during her stint in star plus Ishqbaaaz.

Naagin 5 will also feature Dheeraj Dhooper opposite Hina Khan. While there are many popular tv actors are rumoured to part of this show.

Naagin 5 will hit tv screens very soon. Naagin 4 will have their final episode on this weekend. The starting date of the Naagin 5 will update on the page very soon.

Stick around here to get the latest updates from the new show. Also, check out the audio details of the new reality show.